Every year, the CMF produces an annual report to collate its activities during the year. The 2017 report has been delayed due to time pressures.

You can download the Conservative Muslim Forum Annual Report 2017 as a PDF document, or read it below.

Introduction from our President

As President of the Conservative Muslim Forum, I am pleased to write the introduction for the Annual Report for the year ended 31st December 2017. 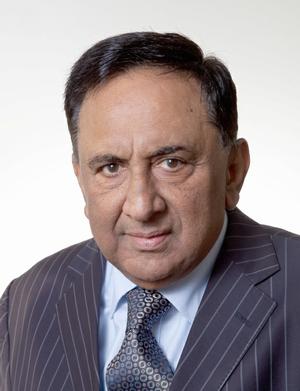 I fully support the activities of the Conservative Muslim Forum and although I do not get involved in the running of the Forum, I am happy to provide advice when asked. The Forum is ably led by Mr Mohammed Amin MBE since I relinquished the position of Chairman of the Forum in 2014. Mr Mohammed Amin MBE is robustly supported by an active Executive Committee which meets on a regular basis.

Since its inception in 2005, the membership of the Forum has been open to everyone. The Forum promotes interfaith dialogue and the development of harmony between various racial and religious groups. The Forum is an integral part of the Conservative Party and always promotes the policies and philosophy of the Party. We believe that the Conservative Party is indeed a one nation party and it will only get stronger if it receives support from everyone in the country.

The Conservative Muslim Forum (CMF) has nine objectives which are set out in the CMF Constitution and on the CMF website at https://conservativemuslimforum.com/about-us/objectives

In essence, the CMF’s focus is on strengthening the connection between the Party and Britain’s Muslims by encouraging British Muslims to vote Conservative, to join the Conservative Party, and to consider becoming Conservative candidates.

This report summarises our activities in 2017 in support of these objectives.

Composition of the CMF Executive Committee

In accordance with Clause 4 of the Constitution, the Executive Committee is elected triennially. At the AGM held on 14 March 2017 the following were elected to serve until the AGM in 2020:

Nine Members of the Executive Committee

At the EGM held on 25 October 2017, the CMF Constitution was amended. As well as improving the numbering of the document and making minor presentational improvements, we refined the provisions in Clause 4 governing co-option of Executive Committee members. They now read as follows:

On 14 November 2017 Dr Anwara Ali was co-opted onto the Executive Committee.

Hashim Bhatti continued to serve as a councillor in the Royal Borough of Windsor & Maidenhead representing the ward of Clewer North having been elected in May 2015.

Councillor Jeanne-Marie Douglas continues to represent Melton Craven ward on Melton Borough Council.
Jeanne-Marie is one of the most regular attenders at CMF events in London, despite living some distance away in Melton Mowbray.

Due to the spring being taken up with the general election campaign, we ran fewer events during the year than we normally would. They are listed below and are hyperlinked to the CMF website which contains additional details.

The table below picks up the items we published on our website during the year which have not been mentioned elsewhere in this Annual Report. In particular, they show how active CMF Executive members have been in attending events to spread the CMF’s message.

Mentions in the media

Mohammed Amin appeared in the media on over 25 occasions during 2017 in his capacity of CMF Chairman.

A few of the more notable instances are listed below.

Other members of the CMF Executive occasionally appear in the media either on behalf of the CMF or in other Conservative capacities.

Attending or speaking at events organised by others

Members of the Executive of the Conservative Muslim Forum also played major parts in events of other organisations.

On 7 February, CMF Chairman Mohammed Amin gave a talk to the Oxford University Conservative Association. The talk was recorded and can be heard on YouTube at the link https://youtu.be/lMBcDNwACaY

On 6 September a number of CMF Executive members attended the launch of CMF President Lord Sheikh’s book “Emperor of the Five Rivers: The Life and Times of Maharaja Ranjit Singh”.

From 30 September to 6 October, CMF Chairman Mohammed Amin attended the annual International Religious Freedom Symposium organised by Brigham Young University’s International Centre for Law and Religion Studies, held in Provo, Utah and Washington DC. Mr Amin was introduced as Chairman of the CMF and his speech addressed the question “Do Muslim religious texts cause religious persecution?” The session can be watched on the BYU website at the link https://www.iclrs.org/event.php/2017+Annual+Symposium/Media/English/3929

We do not have reliable statistics before 2010, when about 15% of British Muslims voted Conservative, but all the available information indicates that it was a much lower percentage than 15%.

Due to the hard work of the Conservative Muslim Forum, and others, by 2015 about 25% of British Muslims voted Conservative.

Unfortunately, in 2017 we saw a reversal of this trend.

The reasons for this reversal of the long-term trend are complex. However the CMF will do everything it can to ensure that this is no more than a temporary blip in the longer term trend of growing numbers of British Muslims recognising that the Conservative Party is the right political party for them.