On 30 November 2014 CMF Executive Member Ajantha Tennakoon (pictured below wearing a dark coat and standing next to the table of leaflets) helped to support Enfield North Conservatives who were campaigning to help re-elect Nick de Bois MP (standing at the right of the photograph) in the general election due on 7 May 2015.

Such campaigning is vital in what is expected to be the tightest general election for many decades. 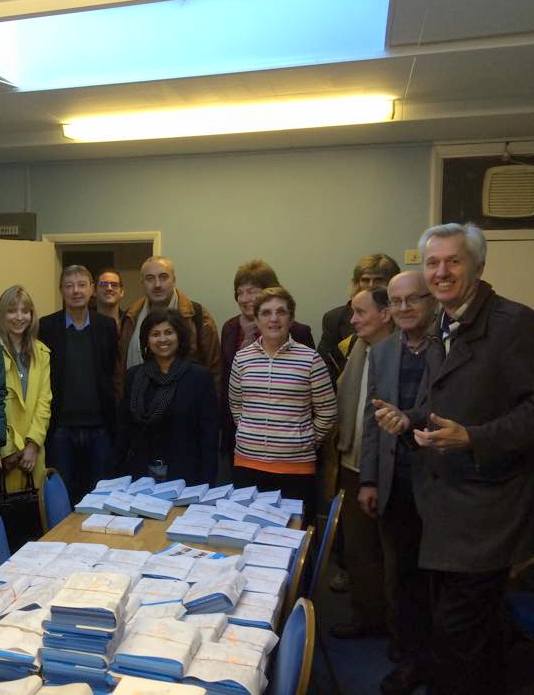