The Conservative Muslim Forum always attends the annual Conservative Party Conference in force, and normally has an exhibition stand in the Party Zone. This year’s conference in Manchester from 1 – 4 October was no exception.

Attending the Party Conference is an excellent way of spreading the CMF’s message to Conservative Party members. Those CMF members who attend also have the opportunity to attend many interesting fringe meetings, and to broaden their range of contacts both within the Party and with the many non-governmental organisations (“NGOs”) which also attend the Party Conference.

Below are just a few of the many pictures that we took at the Conference.

Firstly, some of the key members of the CMF team. From left to right:

To save space, they are not named again if they recur in the later pictures. 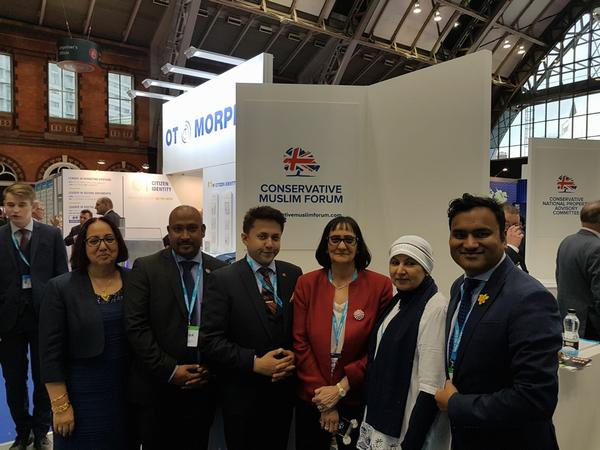 Secretary of State for Communities and Local Government and Ministerial Champion for the Midlands Engine the Rt Hon Sajid Javid, MP for Bromsgrove since 2010. 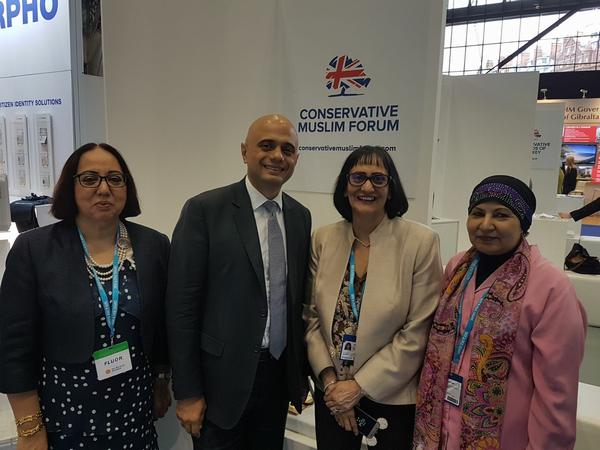 The Rt Hon Grant Shapps, MP for Welwyn Hatfield since 2005, and former Co-Chairman of the Conservative Party. 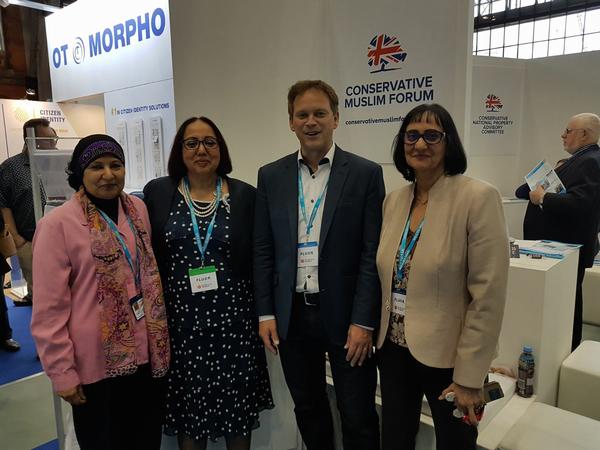 The Rt Hon Sir Eric Pickles, MP for Brentwood and Ongar 1992 – 2017, former Party Chairman and former Secretary of State for Communities and Local Government. He is currently the United Kingdom Special Envoy for post-Holocaust issues. 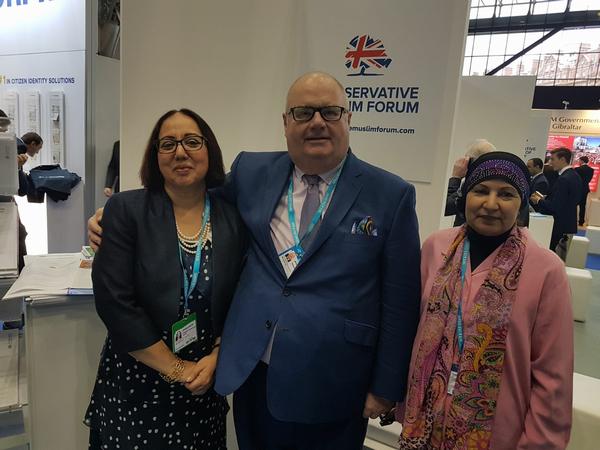 Nusrat Ghani, MP for Wealden since 2015. At the right of the picture after Lady Sheikh is Dr Anwara Ali who was co-opted onto the CMF Executive in November 2017. 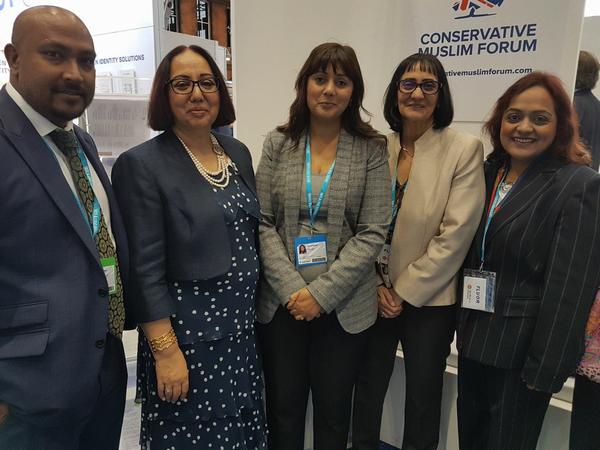 Baroness Nicholson of Winterbourne, Chairman of Amar Foundation, member of the House of Lords since 1997 and MP for Torridge and West Devon 1987 – 1997. 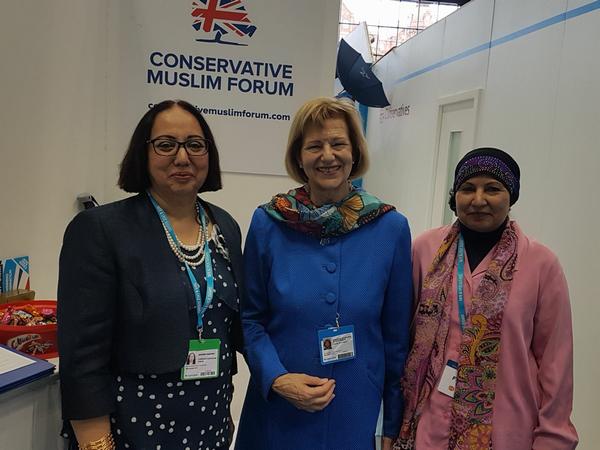 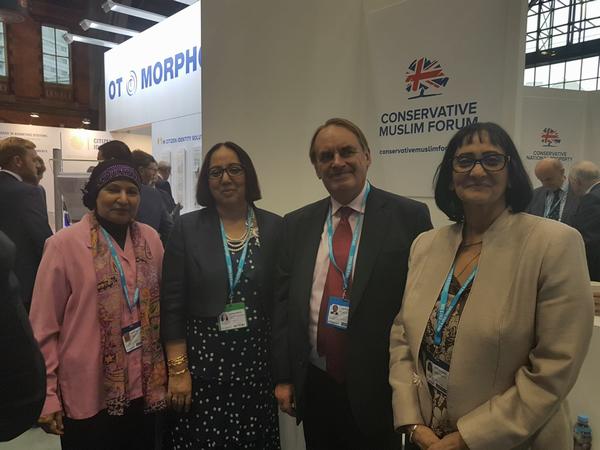 From left to right, after Tahara Amin and Attic Rahman: 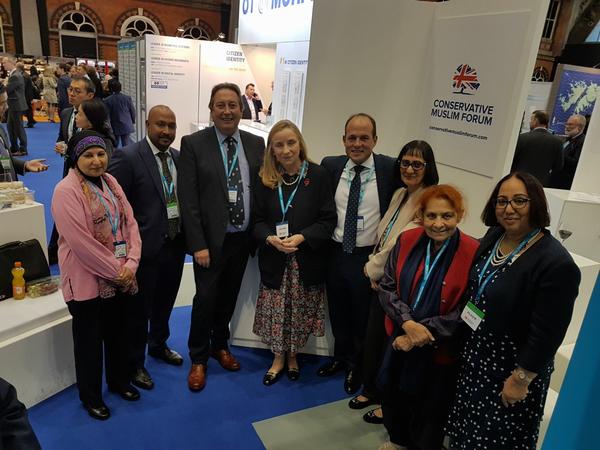