CMF AV Debate in the House of Lords

CMF AV Debate in the House of Lords 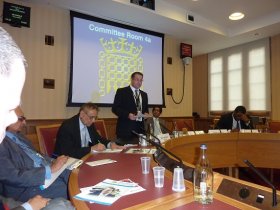 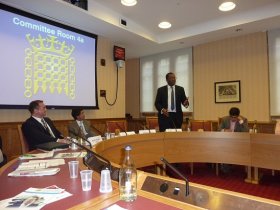 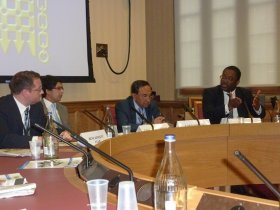 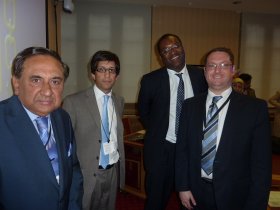 The Conservative Muslim Forum held a debate in the House of Lords Committee Room 4A on the subject of the Alternative Vote system ahead of the referendum on Thursday 5th May. The main speakers were Cllr Rene Kinzett (Conservative Leader of Swansea Council) speaking for AV and Kwasi Kwarteng MP for Spelthorne speaking against AV.

The debate was organised and very ably chaired by Cllr Imran Khan (Member of CMF Executive Committee). Both sides put forward their various points and that was followed by a Q & A session.

Attendance at the meeting was good and a number of questions were asked. Lord Sheikh very briefly gave an overview towards the end of the debate.

It is extremely important that everybody does vote in the upcoming referendum, it is a radical proposed change to the voting system and and it is up for the people to decide the outcome. It may change the way we vote in the next general election.

The Conservative Muslim Forum urges people to get out and vote on 5th May and make their voice heard!