The CMF’s fourth objective is “Encourage Muslims to make effective and positive contributions to the development of an inclusive and cohesive society in the United Kingdom.”

Accordingly we encourage Muslims to be involved with all of the organisations that provide an opportunity to serve our society, including the armed forces and the police. In that regard, on 28 March 2014 Lord Sheikh and several members of the CMF Executive met with two senior officers from our army to discuss how we may be able to help them with regard to recruitment and community engagement.

In the picture below, from left to right are:

Executive members Faruk Miah and Fuad Hamzeh also attended the meeting but are not in the photograph. 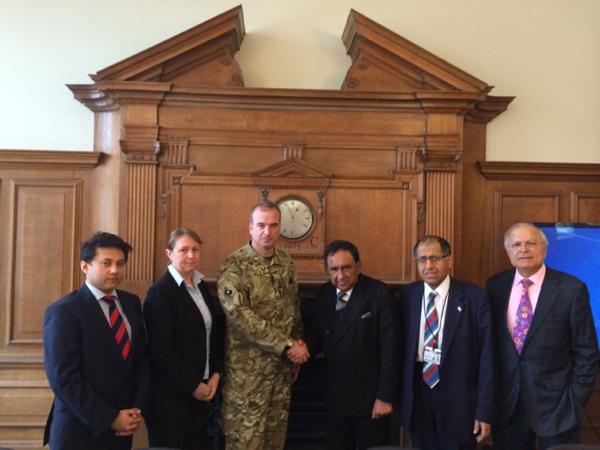