By CMF Uncategorized No Comments
Last week, the CMF hosted an Afternoon tea reception in the House of Lords to honour Her Majesty’s 70 years on the throne. The Platinum Jubilee reception was oversubscribed and sold out within minutes. The CMF was the only Friend’s Group to do so.
Key points from our Chairman:
1. First & only Muslim group to be directly affiliated to the party with the youngest Chairman.
2. Only friend’s group with regional branches across the UK.
3. Only group to have a diverse and young Executive Board from all walks of life.
4. First and only group to host an iftar, Eid, interfaith and now Jubilee celebration with the party
5. Only group to increase membership by 10% in the past 6 months alone.
On the evening, Lord Sheikh also presented awards to Suleman Raza from Spice Village and Amrit Maan from the Punjab restaurant for their hard work in providing free food to the NHS throughout the pandemic.
Guests in attendance included:
Lord Sheikh (President)
Hashim Bhatti (Chairman)
Deputy Chairman (Naveed Asghar)
Rt Oliver Dowden CBE MP (Party Chairman)
Lord Syed Kamall
Nusrat Ghani MP
Steve Baker MP
Malik Karim (Party Treasurer)
His Excellency Hakim Hajoui, Moroccan Ambassador
Baroness Manzoor
Joy Morrissey MP as well as many other… 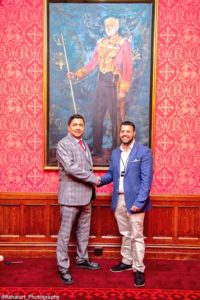 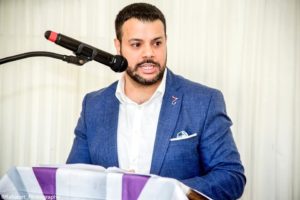 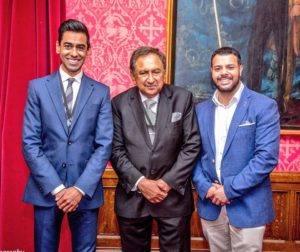 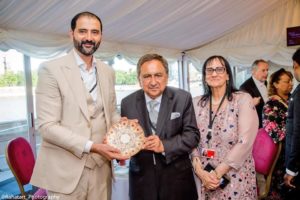 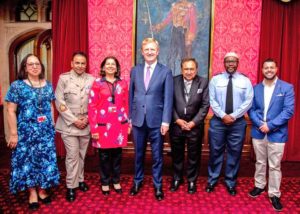 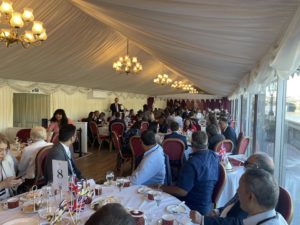 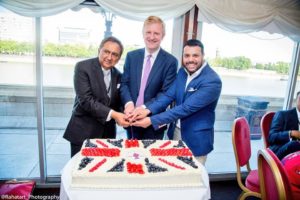 CMF Chairman, Hashim Bhatti commented that the CMF was the only friends’ group to hold a celebration to honour her in this way. He said, ‘the Queen’s achievements are remarkable having served on the throne for 70 years as a calm, consistent and reliable head of state, who has outlasted 14 Prime Ministers and granted Royal Assent to over 4,000 pieces of legislation she is already Elizabeth the Great’.

Hashim also spoke about the work he is doing to expand and scale the CMF to empower more British Muslims to take a stake in British politics.
Meanwhile, the Chairman of the Conservative party, The Rt Oliver Dowden MP, thanked the Muslim community for their contributions. The Chairman also outlined the Conservative Party’s commitment to stamp out Islamophobia from society, as well as his plans to welcome more Muslims into public life.

Lord Sheikh also spoke on the evening as the President of CMF and gave awards to Suleman Raza (Spice Village) and to Amrit Maan (Punjab restaurant) for their work in feeding NHS staff throughout the pandemic.

The evening started and closed with Quran recitations from Squadron Leader Imam Ali Omar of the Armed Forces.