On 17 November 2015 CMF President Lord Sheikh hosted an interfaith event in the House of Lords to mark National Interfaith Week 2015.

The theme was “Building Interfaith Trust to strengthen community relations, Promoting peace and harmony amongst faith communities.” The event was well attended by guests from different faiths and communities.

Lord Sheikh welcomed the guests and then requested the guest speakers to pray for the victims of the previous Friday’s tragedy in Paris. He then called upon everyone present to observe a minute silence.

Mrs. Ajantha Tennakoon , Executive member of CMF then acted as the Master of Ceremonies.

The speakers in the order they spoke were:

After the speeches there was a lively question and answer session chaired by Lord Sheikh, after which CMF Chairman Mohammed Amin proposed the Vote of Thanks.

Below is a photograph of the speakers and organisers together. From right to left they are: 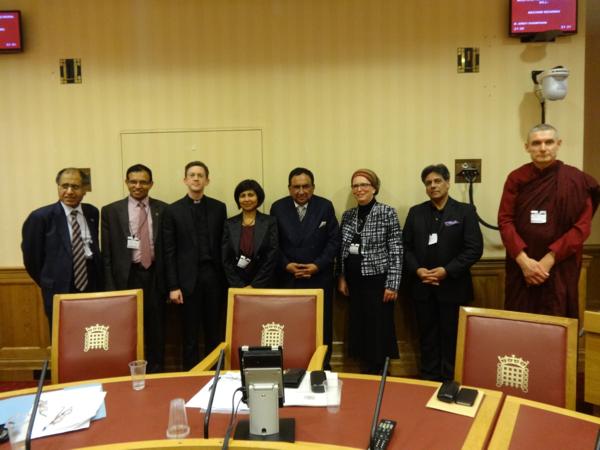 Below is a picture of the audience, which filled the room. 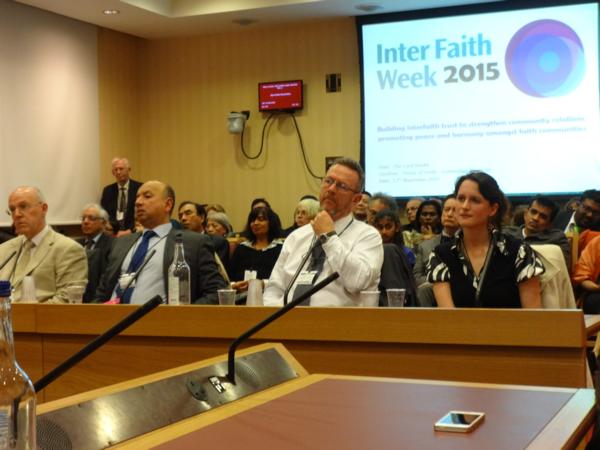