Much politics takes place on a large scale, via the media or large public meetings. However most of it takes place at a local level, with relatively small groups of people. The speakers can be either local or national figures. This type of politics is known in the USA, and now also in the UK, as the “Rubber chicken circuit”, from the staple fare at such events of fried chicken. Fortunately the food at CMF events is much better quality!

The weekend began at lunchtime on Saturday 7 December in Dewsbury at an event hosted by Mrs Itrat Ali, the Chair of the CMF Yorkshire & Humber branch. Simon Reevell, MP for Dewsbury, also attended, coming from his regular surgery which he holds in the market in Keighley to be more accessible to constituents.

In the picture below: Mrs Itrat Ali is to the right of the door; Shaheen Mahmood can be seen between her and Lord Sheikh who is speaking; then Simon Reevell MP; Raja Najabat Hussain; Amanda Schonhut who Vice President of Conservative Future Yorkshire & Humber, then Tom Dethridge. 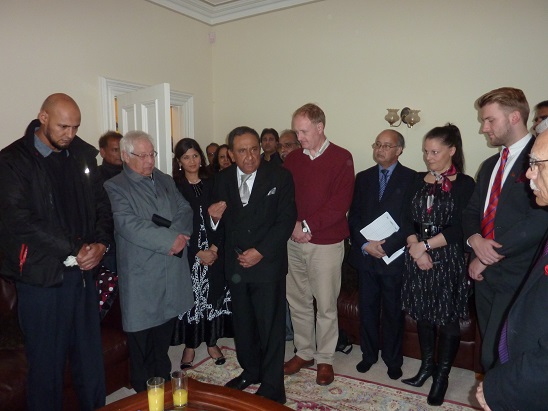 On the evening of Saturday 7 December, our hosts in Bingley were was Mrs Falak Naz Ahmed, Deputy Chair, CMF Yorkshire & Humber and Mr Iftikhar Ahmed, President, Bradford Conservatives. The group photo below was taken in their living room.

Standing, on the far left is Barry Whitaker, Chairman Bradford Conservatives. Directly behind Cllr Khaled is Mahboob Ahmed from CMF North West, and to his right Mr Allah Ditta, our host at the next event, while Raja Najabat Hussain is to his left. Mohammed Amin is behind Mrs Ahmed, with Shaheen Mahmood next but one on his left. Cllr Asif Ayub is at the far right of the picture. 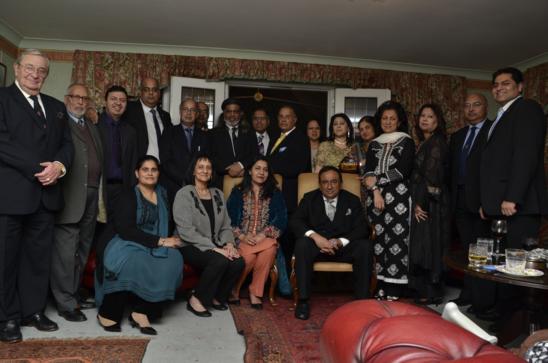 The following morning, Sunday 8 December we were hosted for a working breakfast at his offices in Bradford by Mr Allah Ditta, known to all as “AD.”

In the group photo below, seated from left to right are Raja Najabat Hussain, Lord Sheikh and Mohammed Amin.

Standing, on the far left is Farhaad Ali. Next but one with his arms folded is Iftkhar Ahmed, President, Bradford Conservatives. Our host AD is standing directly behind Lord Sheikh, and Cllr Asif Ayub is standing behind Mohammed Amin holding the CMF Newsletter. 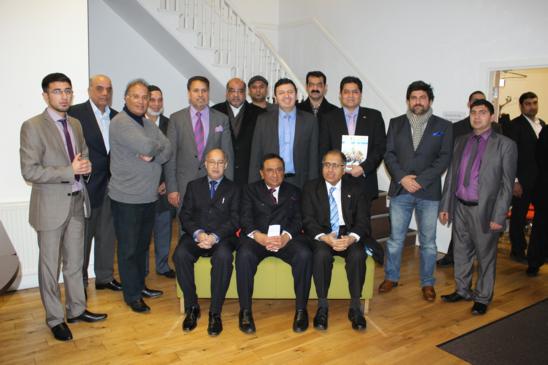 Then in the afternoon, we were off to the Desi Diner on North Street, Keighley for the final event of the weekend. 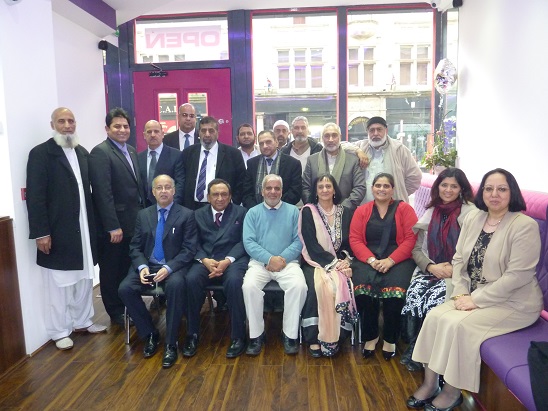