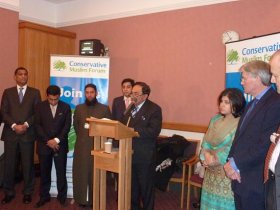 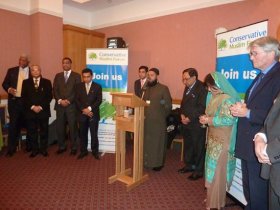 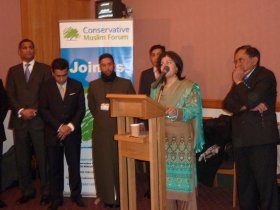 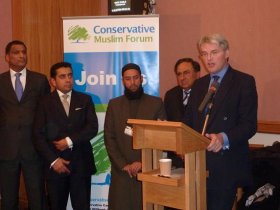 The Conservative Muslim Forum, chaired by Lord Sheikh, held a function at Westminster House, 7 Millbank to celebrate the Muslim Festival of Eid-ul Adha which is held to commemorate the willingness of Prophet Ibrahim to sacrifice his son for Allah.

The Quranic recital was made by Imam Asim Hafiz who recited Surah Maryam (Chapter on Mary, mother of Jesus). The event was very well attended despite the inclement weather and student protests! The attendees included community leaders and members of various racial and religious groups.