The journey to becoming an MP

The journey to becoming an MP

At CMF events people often ask us questions such as:

At this event held on Tuesday 15 March 2016 held in Committee Room E, 7 Millbank, Westminster, we had three speakers who between them went a long way towards dispelling the mysteries for the audience of about 60 people.

Nusrat had the audience spellbound as she told us about her life story, which is summarised on her website. She went on to explain how she won the open primary for the safe Conservative seat of Wealdon, refusing to regard being a Muslim woman from an ethnic minority as a barrier.

James’s website tells readers about his career in the Army and subsequent service in the Territorial Army. He stressed how non-traditional his own life story was, culminating in his election as MP for a seat which has very few (3.32% in 2011 census) ethnic minority voters.

Both MPs had excellent advice about how to get involved in campaigning and the commitment that is required.

Kate explained the process for becoming an approved Conservative Party candidate. She was at pains to dispel some of the myths that surround the process, and stressed that the essence of the process is to ensure that the Party has candidates of high quality. We are particularly grateful to Kate for speaking as she was suffering from a throat infection which had signficantly affected her voice.

As with all Conservative Muslim Forum events, we began with a Quran recitatation. Imam Shakeel Kunwar recited from Surah 42 (Consultation) while CMF Chairman Mohammed Amin provided an English translation by Muhammad Asad. The Master of Ceremonies for the evening was CMF Secretary Faruk Miah.

Mohammed Amin gave the formal vote of thanks. During this, he shared two relevant facts with the audience:

The event generated enormous “buzz” and people were chatting for a long time after the formal speeches had finished. Below are some photographs from the evening. 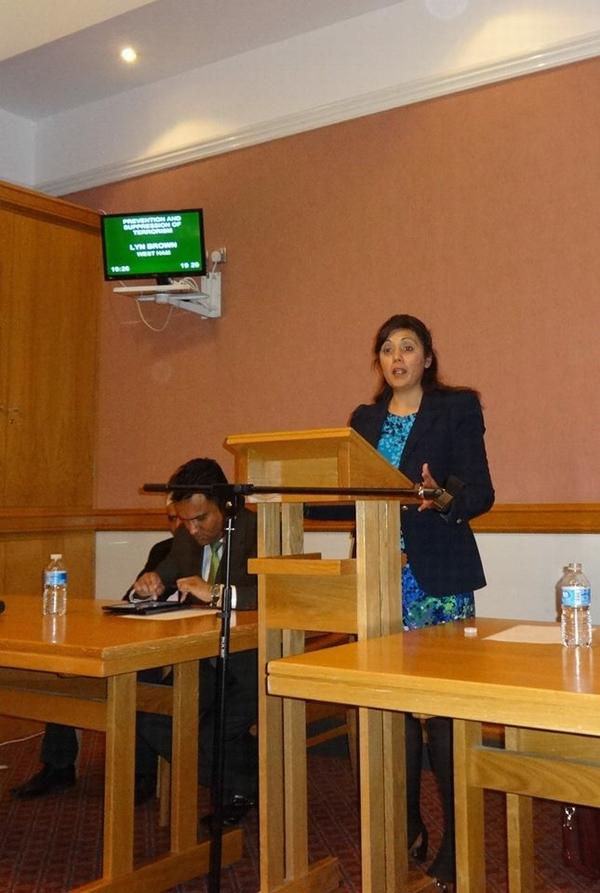 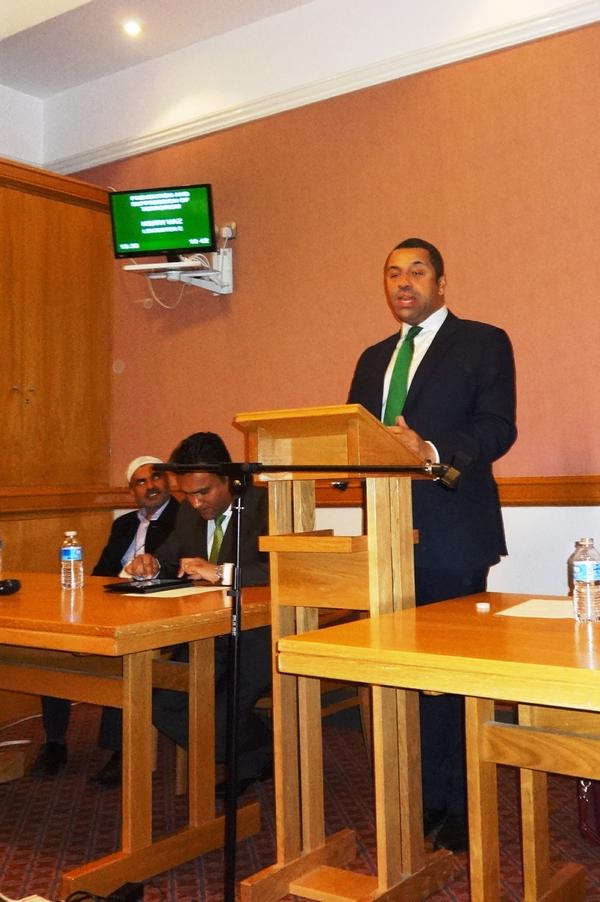 James Cleverly has the audience spellbound. 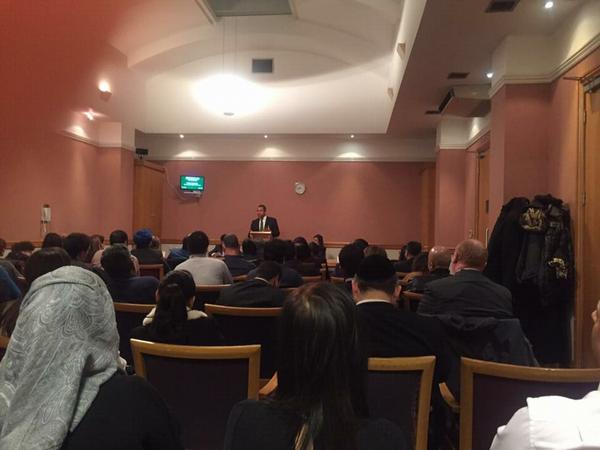 A group photo of the speakers with some member of the CMF Executive. 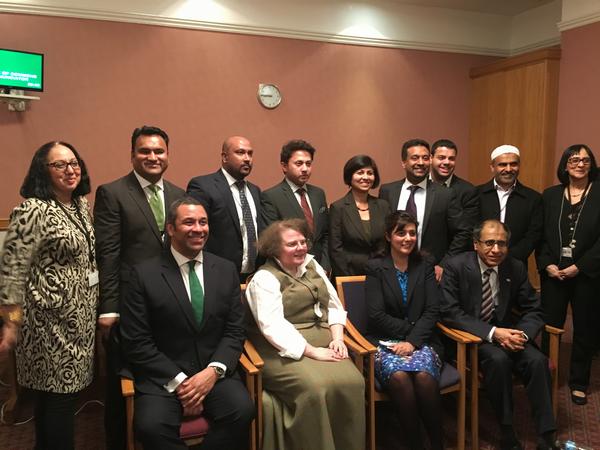 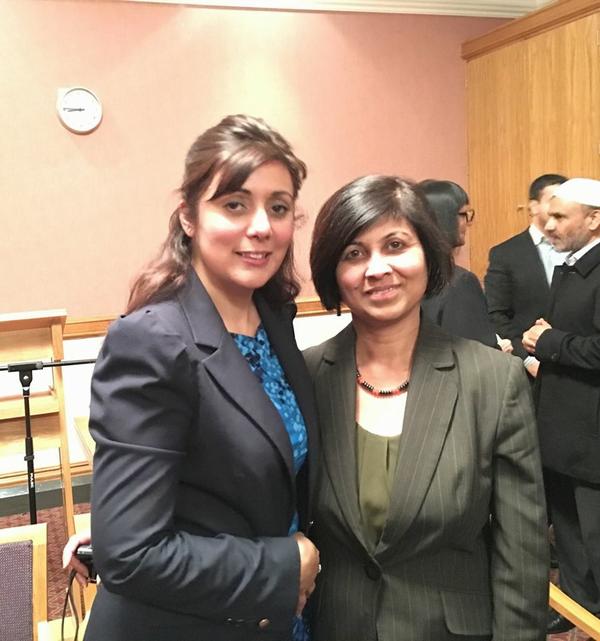 Informal chatting after the event next to the food and soft drinks. The chap with the blue turban is Amandeep Singh Bhogal who was the Conservative Party’s candidate for Upper Bann in Northern Ireland in the 2015 General Election. 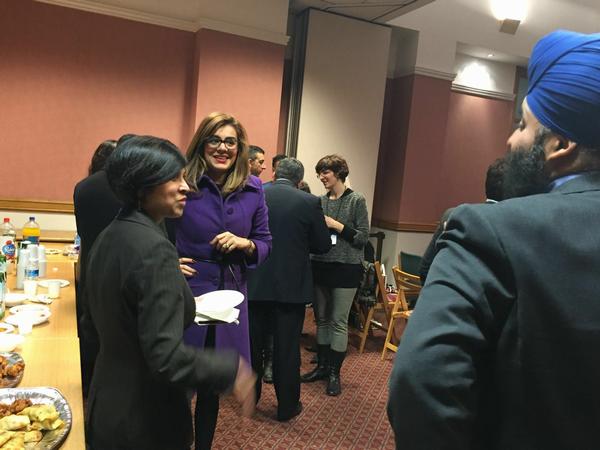