The need to end violence in Burma

The need to end violence in Burma

Many British people have been horrified by the recent violence in Rakhine State in Burma. The BBC News website has an excellent short background briefing on the issue.

The British Government has taken a strong position on this issue. Our Secretary of State for Foreign and Commonwealth Affairs the Rt Hon William Hague MP has recently said:

“We encourage the [Burmese] government to ensure that it treats the affected communities fairly and equitably and to ensure that the authorities prevent any further bloodshed. There is also a need to seek a long term solution to the problems they face in a manner which recognises their human rights, including their right to nationality, and to take effective steps which prevents any further forced or involuntary displacement and which does not leave them permanently displaced.”

The full text of Mr Hague’s statement can be read on the Foreign & Commonwealth Office website.

The Conservative Muslim Forum has also written to Mr Hague. Our letter is copied below. 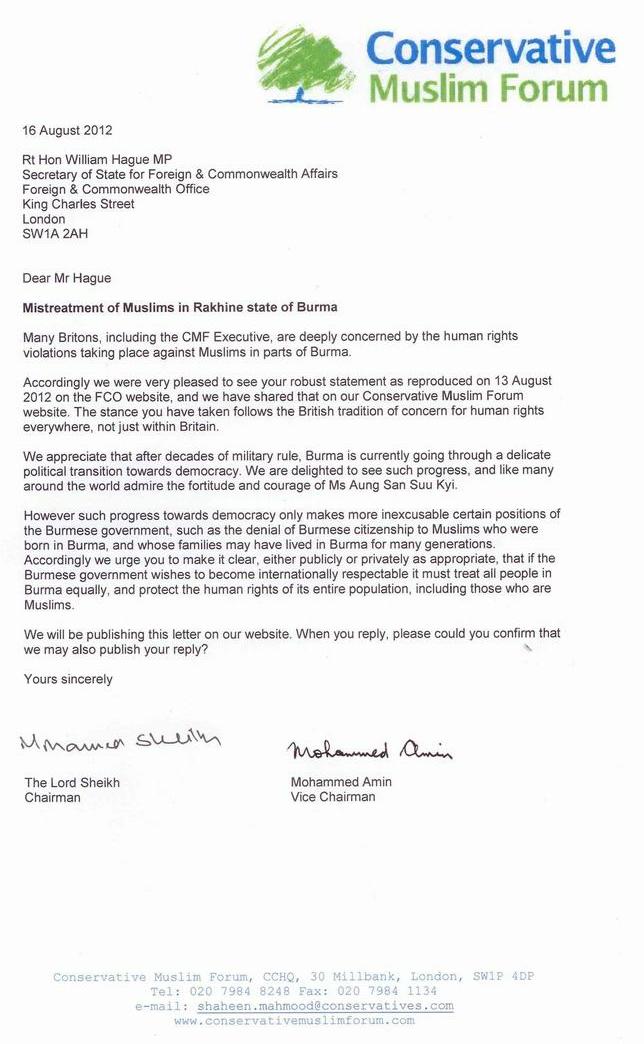