The event was hosted by Mr Saleem Kidwai and the keynote speaker was David Melding AM, Deputy Presiding Officer of the National Assembly.

The event remembered the massacre of more than 8,000 innocent men and boys in Srebrenica in 1995, those who were left behind to grieve their loss, and the women and girls who were brutally raped as a weapon of ethnic cleansing.

Those present pledged to speak out against the language of hate, which if allowed to go unchecked, can lead to the dehumanisation of others, and pledged to work with others to establish a community that works for the common good of all, and is free from hatred and discrimination. 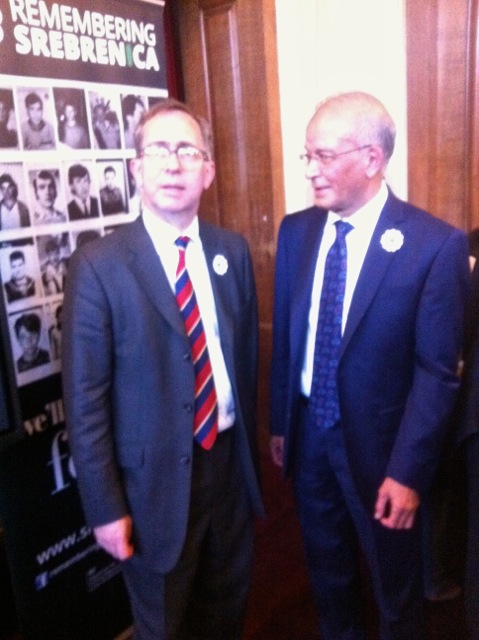