Giving thanks for the life of Nelson Mandela

Giving thanks for the life of Nelson Mandela 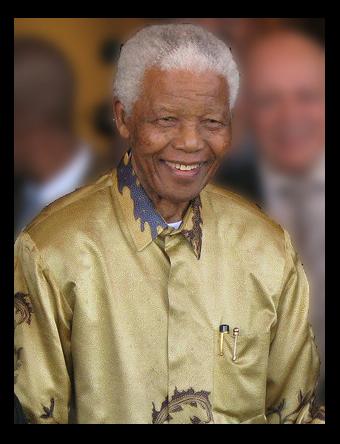 The death of Nelson Mandela has united people all around the world who are both saddened by his death and grateful that South Africa was blessed to have a leader with such an incredible capacity to forgive.

In 2013, it is easy to forget how brutal was the apartheid regime in South Africa, maintaining privilege for South Africa’s white community with the expropriation of land from South Africa’s native population and treating them as a lesser form of life. In 1918 Nelson Mandela was born into that world, and grew up to become a resistance leader. For that he was jailed for life, spending 26 years incarcerated, most of them in hard labour under a prison regime designed to break men’s spirits. It would have been easy for him to emerge from prison with deep hatred for those who had treated him and his fellow non-white South Africans so inhumanly.

Instead, when he was released from prison he preached reconciliation. Indeed he did not just preach reconciliation, he practiced it. He negotiated a new future for South Africa with  President FW de Klerk, leader of the Afrikaner regime that had jailed him. Instead of starting a witch hunt for those who had been responsible for the brutalisation and murder of African National Congress supporters, he set up a Truth and Reconciliation Commission that has become a model for dealing with the aftermath of oppression.

Without Nelson Mandela’s vision and generosity of spirit, there is every likelihood that South Africa would have descended into a bloodbath as the apartheid regime collapsed.

When he died, Nelson Mandela was probably more admired around the world than any other living human being. The respect in which he is held is demonstrated by the fact that every living British Prime Minister will be attending his memorial ceremony. We join them in mourning the passing of someone who taught all of us what it means to be a human being.