The EU Referendum in the UK and the election of Donald Trump in the USA have shown how divided Britain and America have become. Against this background, how can we work together to build a Britain that works for everyone?

To share ideas, CMF Executive member Cllr Halimah Khaled organised the  “Building Bridges” event. It was held on Saturday 28 January 2017 in The Vibe Room, Village Hotel Nottingham, Brailsford Way, Chilwell, Beeston, Nottingham NG9 6DL. All of the audience were invited guests, from a diversity of backgrounds.

People, We created you all from a single man and a single woman, and made you into races and tribes so that you should get to know one another. In God’s eyes, the most honoured of you are the ones most mindful of Him: God is all knowing, all aware.

The speaker introductions are reproduced below:

Councillor Halimah Khaled represents Toton and Chillwell Meadows on Broxtowe Borough Council. She is a member of the Executive of the Conservative Muslim Forum. In Queen’s Birthday Honours List 2015, she received an MBE for her services to charity and to community relations.

Halimah had organised the whole of this event.

Lord Sheikh was born in Kenya, grew up in Uganda and came to the UK with nothing after Idi Amin’s expulsion of the Ugandan Asians. He went on to become an outstanding insurance broker and a millionaire.

Jim Thornton is a Professor at the University of Nottingham. He qualified as a doctor at Leeds University in 1977. At Nottingham University, he is Head of Academic Obstetrics & Gynaecology in the faculty of Medicine and Health Sciences. His research is improving understanding of the mechanisms which underlie suboptimal maternal and fetal health and developing evidence-based treatments to improve health.

The Rt Honourable Nicky Morgan is MP for Loughborough. Like many politicians, she is a graduate of Oxford University. Unlike many people who read PPE because they decided as teenagers that they want to be Prime Minister, she did a real subject. Nicky read Law, and became a solicitor, practicing corporate law for 16 years until she was elected to Parliament in 2010. Nicky has already had some important jobs, including Economic Secretary to the Treasury, Minister for Women, Financial Secretary to the Treasury and Secretary of State for Education and Minister for Women and Equalities. 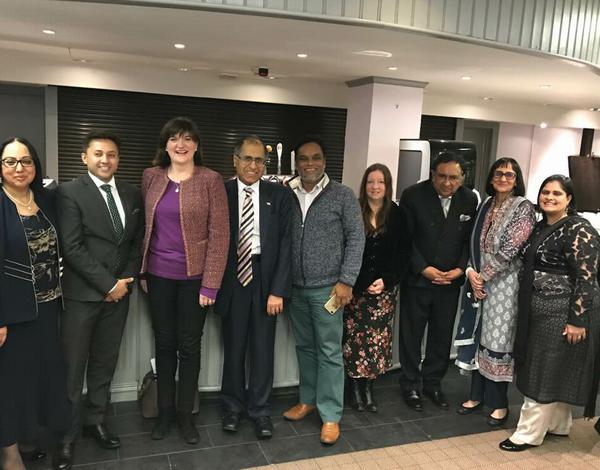 Below are Professor Jim Thornton, Nicky Morgan and Halimah Khaled. 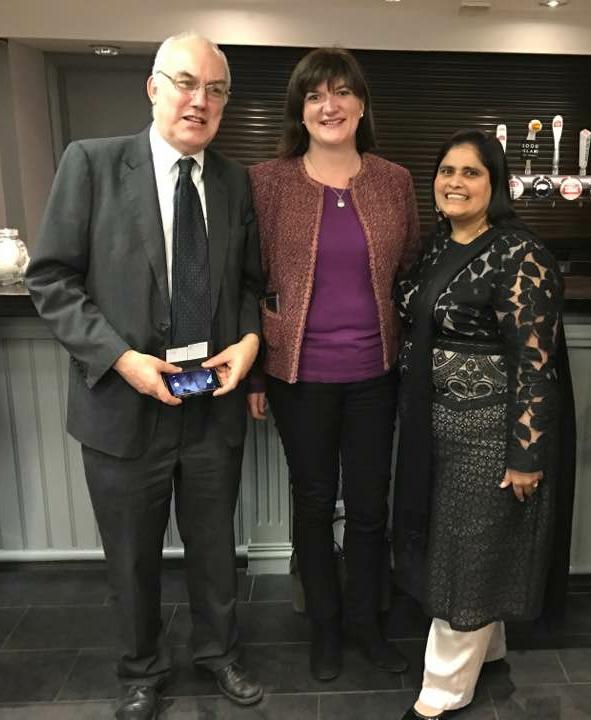 Nicky Morgan stressed the importance of achievement by women, and the group photo below shows some of the many women who were present. 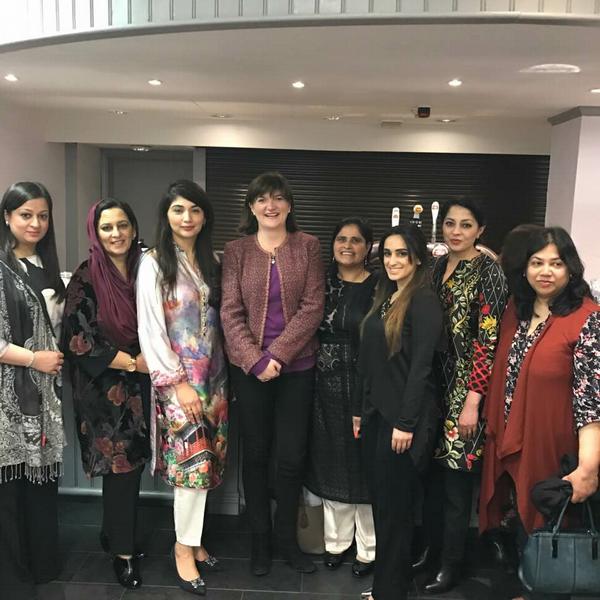 The unposed picture shows some of the diverse audience listening to the speakers. 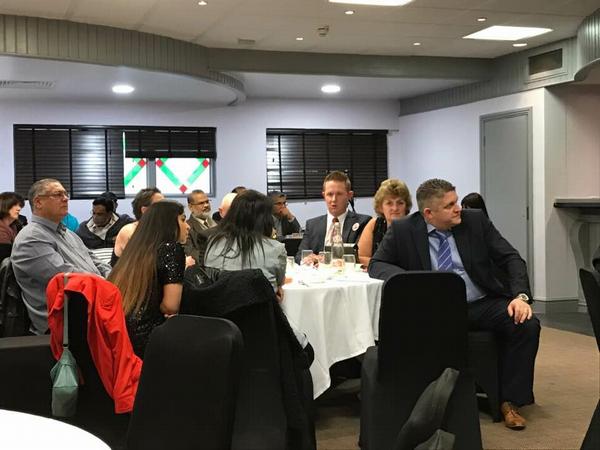