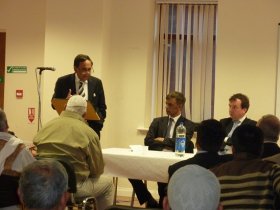 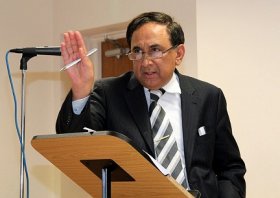 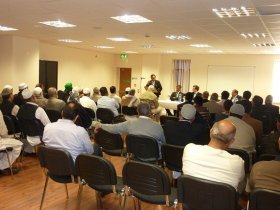 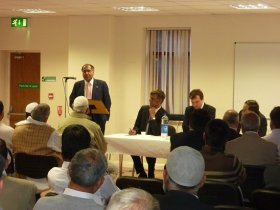 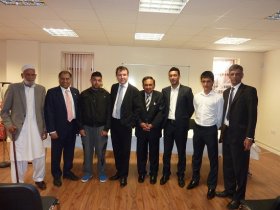 A meeting was organised by the Conservative Party Association in Burton-on-Trent and Lord Sheikh (Chairman) and Mohammed Amin (Vice Chairman) were asked to address the audience. The meeting was very well attended and there was a large gathering of Muslim men and women. Lord Sheikh spoke on his activities in the House of Lords, the AV Referendum, the Big Society, economy and education policies of the Conservative Party.

Mohammed Amin spoke on the need for Muslims to get more involved in politics, both at local and national level. He also spoke on why Muslims should join the Conservative Party and made the point that the Party represented all of the racial and religious groups and we are indeed very much an inclusive Party.

The other speakers were Andrew Griffiths MP for Burton-on-Trent and Cllr Khadim Thathall.