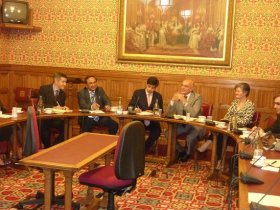 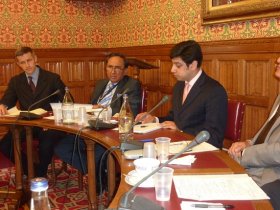 Lord Sheikh in his speech mentioned Islam and the environment and highlighted the importance of preserving the environment in Islam and also quoted the Holy Prophet Muhammad (peace be upon him) and Khalifa Abu Bakr. He also spoke about what is being done in the United Kingdom to combat climate change and cited recent developments in the renewable energy sector.

Lord Sheikh then mentioned that funds generated by Islamic financial institutions need to be utilised for the betterment of the community and finished by outlining what we as individuals can do to help fight climate change.

Lord Sheikh in his initial remarks said that he has very recently returned from a visit to Jerusalem and referred to the acceptance in Islam of people of other religions. He talked about the Jerusalem Declaration issued by Khalifa Omar and the protection granted to people of all religions by Salahuddin Ayyubi when he conquered Jerusalem.

Please click here to view a transcript of his speech.