Campaigning in Rochester and Strood

Campaigning in Rochester and Strood

Campaigning on the ground is vital in politics, and can make the difference between success and victory in a tight race. It is also important for keeping politicians and political activists connected with the views and atttitudes of voters.

On 15 November as part of the by election campaign in Rochester and Strood, a team of activists from Newham Conservatives, Barking Conservatives and the Conservative Muslim Forum travelled to Rochester to campaign for the Conservative candidate Kelly Tolhurst. While the seat was eventually won by Mark Reckless, who had defected from the Conservative Party to UKIP, the hard work paid off in limiting his majority with the strong hope of getting Kelly Tollhurst elected in the general election on 7 May 2015.

Below is a group photograph taken in the campaign offices. Mina Rahman, the Conservative Prospective Candididate for Barking is in the front row near the middle wearing a yellow headscarf. In the second row, in the middle, is Attic Rahman from the Conservative Muslim Forum Executive. On the wall behind many of the senior politicians who campaigned in Rochester have signed their names.. 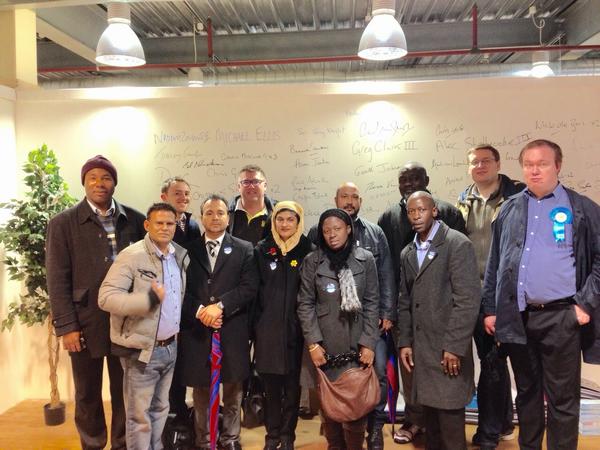 Below are some of the team in their minibus. 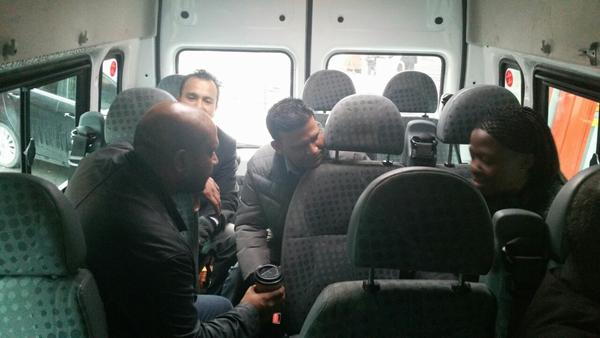