On Remembrance Sunday we commemorate the contributions of British and Commonwealth military and civilian servicemen and servicewomen who took part in the two World Wars and other conflicts.

A large number of them paid the ultimate price for our freedom and we pay tribute to them for their bravery and sacrifice.

We must remember that these brave men and women included Muslims from different parts of the world and who also died for our freedom. We must also appreciate their contributions.

A registered Charity has now been established which has a distinguished Board of Trustees and the Chairman of the Board is our President, Lord Mohamed Sheikh. The initiative is supported by the British government and by General Sir Nicolas Carter, Chief of Defence Staff.

The name of the charity is “The National Muslim War Memorial Trust” and the objectives are as follows:

We will announce later more details of this Charity. 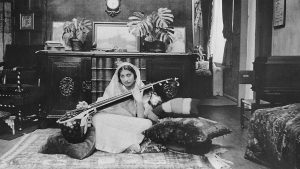 A Muslim woman who became an “unlikely spy” for Britain when she was dropped into occupied France during the Second World War has been honoured with a blue plaque at the site of her family home in London.

Ms Khan was born in 1914 in Moscow, but her family quickly moved to Bloomsbury in London’s West End at the outset of the First World War.

They then moved to France, where she looked after her mother and siblings following the death of her father.

However, in 1940, the family fled occupied France to Falmouth in Cornwall, where she joined the Women’s Auxiliary Air Force and trained as a radio operator, despite her Sufi pacifist beliefs.

She was recruited to the SOE – which was set up by Winston Churchill – in 1943, and was then sent back to France as an undercover radio operator.

In October that year, she was arrested by the Gestapo – the secret police of Nazi Germany – after she was betrayed by a French double agent, who was reportedly paid to hand her over.

Ms Khan was questioned by Gestapo agents, who managed to imitate her over the radio so as not to arouse suspicion, but she escaped along with other members of the SOE.

She was recaptured nearby and taken to a German prison, where she was shackled and interrogated. She refused to cooperate, and managed to scratch carvings of her address on to her bowl so other prisoners could identify her.

After 10 months she was taken to the Dachau concentration camp, where she was executed with three other women.

Shrabani Basu, Khan’s biographer, applied for the plaque and is unveiling it on Taviton Street in Bloomsbury.

“When Noor Inayat Khan left this house on her last mission, she would never have dreamed that one day she would become a symbol of bravery. She was an unlikely spy,” she said.

“As a Sufi she believed in non-violence and religious harmony. Yet when her adopted country needed her, she unhesitatingly gave her life in the fight against fascism.

“It is fitting that Noor Inayat Khan is the first woman of Indian origin to be remembered with a blue plaque. As people walk by, Noor’s story will continue to inspire future generations.

“In today’s world, her vision of unity and freedom is more important than ever.”

The plaque will be unveiled at the address that Ms Khan etched on to her bowl while in prison, with a virtual ceremony broadcast on English Heritage’s Facebook page at 7pm on Friday.

Ms Khan’s plaque comes after English Heritage admitted the number of women represented by the scheme is “still unacceptably low”, with only 14% of London’s 950 plaques representing women.

The charity said that “if we are to continue to see a significant increase in the number of blue plaques for women, we need more female suggestions”.

The article focussed on his attendance at a Conference in Tunisia in 2014 which was categorised as  “conference of hate” and it went on to accuse him of rubbing shoulders with Islamists, hate preachers and Holocaust deniers for years.

The article in MailOnline made other unfounded accusations regarding two of his overseas visits and hosting of certain events. He had done nothing improper regarding these issues.

In view of the libellous remarks he decided to take action against Associated Newspapers Ltd and the case was decided in his favour.

Last Thursday Associated Newspapers Ltd apologised to him in a Statement in Open Court which was read out before Mr Justice Warby.

Attached is a copy of the Press Release issued by Lord Sheikh’s solicitors Hamlins and the Statement in Open Court which was read last Thursday by his Solicitor and a Barrister appointed by Associated Newspapers Ltd read out paragraphs 9 and 10.

Eid al-Fitr is the religious celebration marking the end of the Islamic holy month of Ramadan.  Despite Coronavirus it’s been clear that the focus on prayer, reflection, community and charity has continued across the United Kingdom during Ramadan.

Whilst Eid this year will obviously be different with the guidance remaining that Mosques will be closed and people are encouraged to stay at home and continue to maintain social distancing our community spirit will continue in the face of this challenge.

You can learn more about Eid al Fitr at https://en.wikipedia.org/wiki/Eid_al-Fitr

Eid is likely to start on Saturday or Sunday this weekend, although Muslims traditionally rely upon observation of the new moon before declaring that religious festivals have arrived.  Although Eid is traditionally marked with congregational prayers in mosques and parks followed by parties amongst families and friends, Eid in the time of the coronavirus for reasons of safety will be different.

On behalf of the CMF Executive, I would like to wish all of our Muslim members and friends Eid Mubarak. I know this year celebrations will be slightly different as you are encouraged to stay a home, so please do find a way to celebrate safely with your loved ones and remember to continue to maintain social distancing.

I would like to send my very warmest wishes to all our Muslim members and supporters across the United Kingdom and beyond. Fasting during the holy month of Ramadan is one of the five pillars of Islam, but it’s much more than just fasting from food. It’s a time of self-discipline, sacrifice and devotion.

Ramadan is the ninth month in the Muslim calendar and is a holy month, being the month in which God commenced revealing the Quran to the Prophet Muhammad (peace be upon him) via the Archangel Gabriel.

Those first verses to be revealed now form Quran surah 96 verses 1-5, since the Quran is not arranged in chronological order of revelation.

“Read! In the name of your Lord who created:
He created man from a clinging form.
Read! Your Lord is the Most Bountiful One
who taught by the pen,
who taught man what he did not know.”

From “The Quran: a new translation” by M.A.S. Abdel Haleem, Oxford University Press.

This Ramadan will be different as we respond to the coronavirus pandemic which means staying at home to save lives. As per Government guidance Mosques will continue to remain closed until restrictions are lifted. People should continue to pray at home with their household only and not invite others for Iftar or prayers.

You can learn more about Ramadan at https://en.wikipedia.org/wiki/Ramadan

On behalf of the Executive Committee of the Forum, I would like to wish all of our Muslim members and friends Ramadan Kareem.  I wish you peace, success and a blessed month.

“We are sorry to hear that our Prime Minister is unwell and is in intensive care. The Conservative Muslim Forum’s Executive and Members wish Boris Johnson a speedy and full recovery. Our thoughts and prayers are with him and his family at this difficult time.”

Coronavirus Bill is being heard in the House Commons on Monday and will be discussed in the House of Lords on Tuesday. Like other Muslims Lord Sheikh is deeply concerned about the possibility of cremation of the deceased which may happen under Section 27 of the Coronavirus Bill.

Lord Sheikh will be looking for clarification from the Minister regarding the Clause in the Bill and will table a suitable amendment if necessary. Islam does not allow cremation and Verse 20.55 in the Holy Quran states this point.

Lord Sheikh has spoken to Mosques and Muslim Organisations who have indicated willingness to work with Local Authorities in order to find effective solution.

If you have any pertinent comments please send them to Lord Sheikh at sheikhm@parliament.uk

Conservative Muslim Forum (CMF) held an afternoon tea at the prestigious Carlton Club, founded in 1832 as the original home of the Conservative Party.

The event was attended by 75 guests who came across all over the UK including London, Birmingham, Oxford, Luton, Southend and Peterborough.  It was an opportunity to meet some of the newly elected members of the CMF Executive Board following the election that took place on Friday 13th March 2020 at the House of Lords.

You can read the President’s speech here

You can read the Chairman’s speech here

In accordance with CMF Constitution which requires that an election be held for a new Executive Committee every three years, the general meeting and election took place in Committer Room G in the House of Lords on Friday 13th March 2020.

Requisite notices to all the members with the nomination papers for the office bearers and members of the Executive Committee were sent out on 12th February 2020.

After a lengthy discussion it was unanimously agreed that CMF should only have one Chairman rather than two Co-Chairmen.

The only election that was held was by secret ballot was for the position of the Chairman.

There were two independent Invigilators who supervised the election of the Chairman.

In regard to the other office bearers and members of the executive, as there was no need to hold the election, their names were duly proposed, seconded and unanimously agreed.

It was also proposed, seconded and agreed that Lord Sheikh will remain as the President

The Office bearers are therefore as follows:

It is permissible to co-opt other persons to be members of the Executive Committee later.

CMF Youth Chair, Hashim Bhatti was invited to deliver a workshop at SOAS University on civic democracy and leadership.

Hashim spoke for 45mins on his role as a local councillor, the challenges involved before working through a case study with the group.

The workshop was organised by Faiths Forum during democracy week for their leadership programme.