15 July 2013 saw the 155’th anniversary of the birth of Emmeline Pankhurst who became a supporter of the suffragette movement at the age of eight, and went on to become its leader. Her contribution to British life is commemorated by a statue to her in Victoria Tower Gardens, the public park adjacent to the Palace of Westminster and a very appropriate location.

Pictured from left to right are: 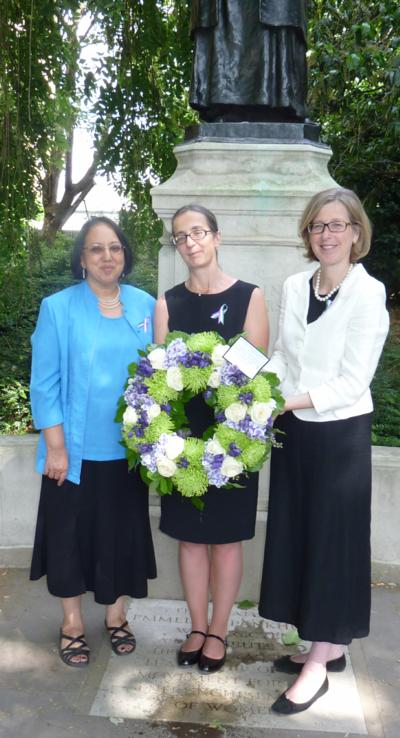 A number of other women also attended the commemoration, and Lord Sheikh, Chairman of the CMF gave a short address, pictured below.