There is a basic principle in life, which is also taught within Islam, that just because you cannot do everything, you are not excused from doing anything. Each good deed we can do, no matter how small, matters.

The world has been rightly apalled by Myanmar’s treatment of its Rohingya Muslim minority. This is something our Government has spoken about strongly, as well as giving practical assistance. As individuals we can do little to influence the Myanmar government, but there are actions we can take such as:

This local event received pledges of over £117,000 as shown in the picture of the fundraising screen below: 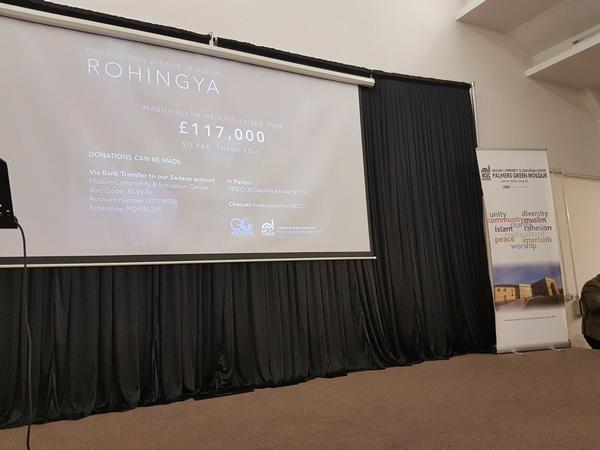 As the details on screen are hard to read, if you wish to make a donation you can do so as follows:

By post: Cheque made payable to MCEC and sent to MCEC, 30 Oakthorpe Road, London, N13 5JL.

Below are Lady Sheikh and Shaheen Thantrey at their dinner table. 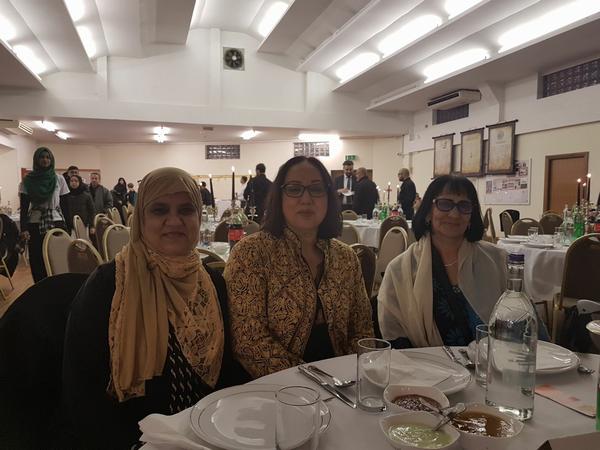