CMF at launch of “A Very Merry Muslim Christmas”

CMF at launch of “A Very Merry Muslim Christmas”

The All-Party Parliamentary Group (APPG) on British Muslims was established on 18 July 2017.

Its main aims are to inform Parliamentarians, policy makers and wider society by:

On Tuesday 19 December the APPG held an event in Parliament to launch its report “A Very Merry Muslim Christmas”. The report highlights the work of Muslim charities, particularly around Christmas time. Sadly each year some newspapers seek to sell extra copies by running scare stories about “Muslims seeking to abolish Christmas.” This report is an excellent rebuttal.

One of the speakers, Bilal Hassam of Penny Appeal reminded everyone that Christmas should be about being “Christ like”. As well as their work overseas, Muslim led charities like Penny Appeal are helping to feed the hungry and homeless in the UK, especially at Christmas time.

At CMF events, we have often reminded attendees that the Quran tells the story of Jesus’s virgin birth, and that He is mentioned by name 25 times in the Quran.

The CMF was represented at the launch by Chairman Mohammed Amin, Executive Member Mike Mogul and Executive Secretary Shaheen Thantrey.

Below is a picture showing the splendid Committee Room 10 of the House of Commons with the panel and some of the meeting attendees. 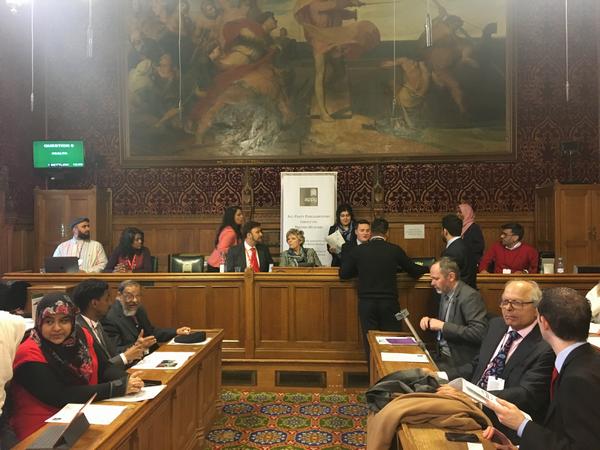 Below is part of the panel. From right to left:

Below is the remainder of the panel. From left to right: 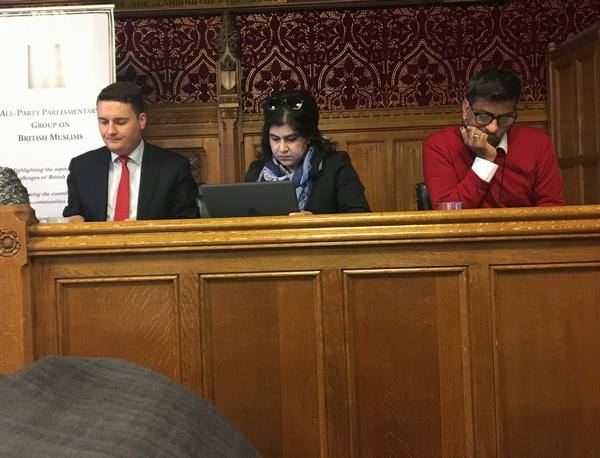