CMF at the Conservative Party Conference

CMF at the Conservative Party Conference

As in previous years, the CMF was well represented at the Party Conference in Birmingham in October. We had a stand in the Party Zone of the exhibition hall and signed up a large number of new members.

A number of CMF members helped us to staff the CMF stand. The following names are in alphabetical order of surname; if we have missed anyone please let Shaheen Mahmood know:

We took a number of photographs at the Party Conference, but space only allows a few of them to be reproduced below.

The Rt Hon Dominic Grieve MP for Beaconsfield and Attorney General for England and Wales and the Advocate General for Northern Ireland is a longstanding friend of the CMF.

Here he is actually helping out on the stand by talking to younger Conservatives. Cllr Asif Ayub is on the left of the picture. 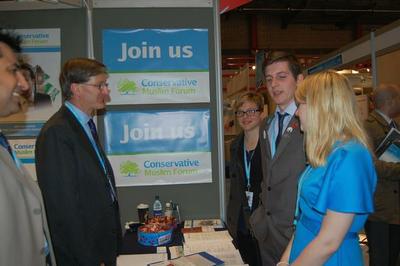 A few weeks after this picture was taken, the Rt Hon Eric Pickles MP for Brentwood and Ongar and Secretary of State for Communities and Local Government was the chief guest at the CMF Eid Reception on 29 October. From left to right are: Fazle Karim Chowdhury, Fuad Hamzeh, Eric Pickles, Lord Sheikh, Shaheen Mahmood. 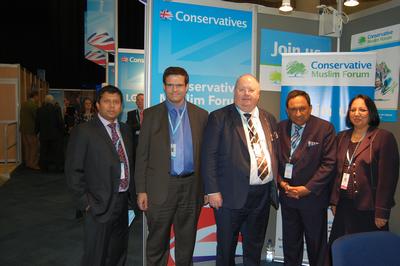 Apart from politicians, party conferences are always well attended by foreign diplomats as one of their responsibilities is to understand the current state of British politics and report back to their home governments. Lord Sheikh and other members of the CMF know a number of ambassadors quite well.

Here the Turkish Ambassador His Excellency Ahmet Ünal Çeviköz is photographed with Mohammed Amin and Lord Sheikh, both of whom are members of Conservative Friends of Turkey. 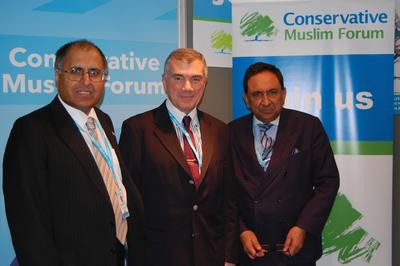