The CMF was strongly represented at the Welsh Conservative Party Spring Conference which was held at the Llangollen Pavilion on Friday 11th and Saturday 12th April.

Dr Altaf Hussain, Chairman of CMF Wales, Area Chairman, South Wales West Conservative Council, organised and chaired a CMF fringe meeting held at lunchtime on the Saturday. The goal was to outline the need for the Conservative Party to win more votes from Welsh Muslims, and to explain how the CMF can help.

The formal speeches were followed by questions and answers, and the event was preceded by a buffet lunch which Dr Hussain had organised. In the group photo below, from left to right, are: Ash Zaman, CMF Executive Member; Shaheen Mahmood, CMF Executive Secretary; Mohammed Amin; Lord Sheikh; Rt Hon David Jones; Mohammad Asghar and Dr Hussain. 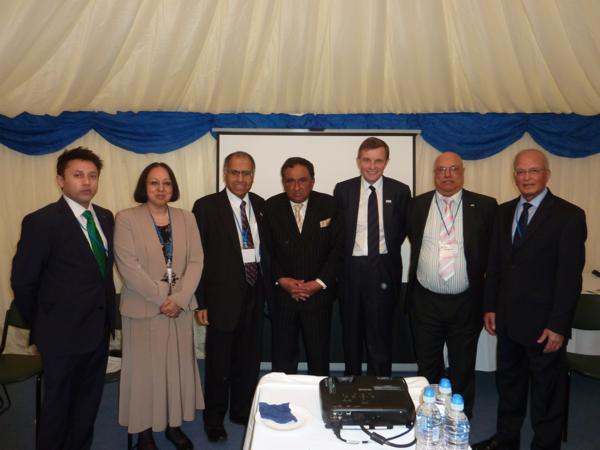 As well as the fringe meeting, the CMF also had a stand throughout the two day conference. Pictured below at the stand from left to right are: Shaheen Mahmood; Lady Sheikh, CMF Executive Member; Mrs Tahara Amin; Mohammed Amin and Lord Sheikh. 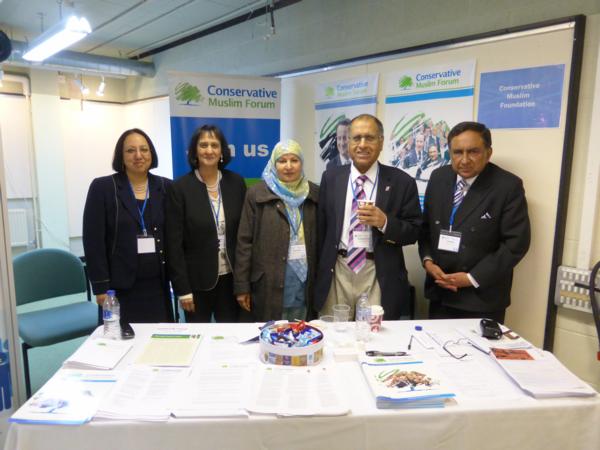 The keynote address at the conference was given by the Prime Minister. Afterwards he attended a reception for Party members only, and spoke with Dr Hussain, Lord Sheikh and Mohammed Amin. He is shown below with Dr Hussain. 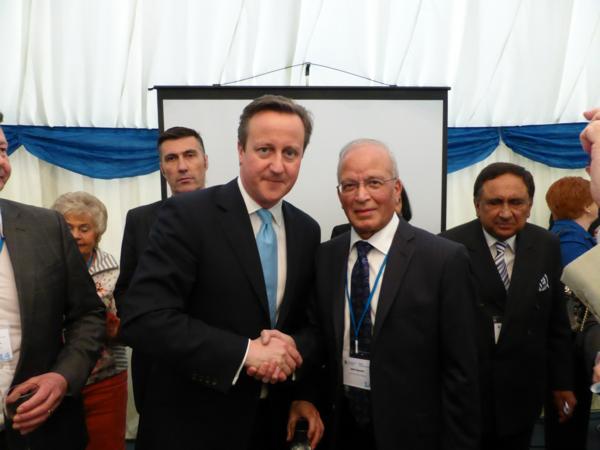