First cousin marriage – the science and the implications

First cousin marriage – the science and the implications

On 13 May 2014 the Conservative Muslim Forum held an event on the relationship between first cousin marriage and birth defects, and the policy implications.

As is our policy with CMF events, we began with a Quran recitation which was given by Imam Shakeel.

The event was then introduced by Lord Sheikh and chaired by Dr Alam Ara Khan who is a member of the CMF Executive and Chair of CMF Health.  There were three speakers.

Orthopaedic surgeon Dr Ghulam Abbas summarised the scientific knowledge regarding the health risks. He has kindly consented to make his slides available, and they are at this link.

He was followed by CMF Deputy Chairman Mohammed Amin who gave his personal views on the policy implications. His slides are also available, at this link.

We were fortunate to have a third speaker who was added a few days prior to the meeting. Dr Peter Corry who, until he retired recently was a Consultant Paediatrician in Neurodisabliity, working in Bradford’s Child Development Centre for 25 years. He was one of the authors of the “Born in Bradford” study which Dr Abbas mentioned in his presentation.  Dr Corry spoke without slides. He mentioned in particular some resources that are available about autosomal recessive genetic disorders at the Genetic Alliance website. The website also has leaflets available in foreign languages at this link.

After the presentations, there was a question and answer session.

There were many people in the audience from a medical and genetic background who strongly supported greater awareness and discussion of the risks covered in this event, and who thanked the CMF for helping to raise awareness. 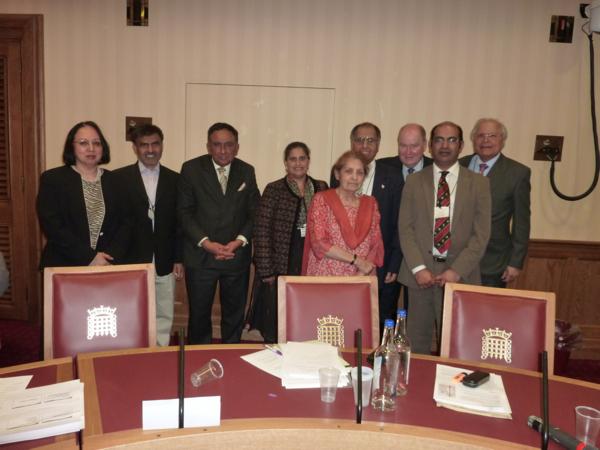