In the last few weeks before the general election members of the CMF Executive continued to campaign in a number of key constituencies, but there was no time to post their activities on this website. We were too busy campaigning!

Accordingly this page represents a catch up. If you have some campaigning activity you wish to share, please send details including date and constituency to mail@conservativemuslimforum.com with a photograph.

Executive Member Ajantha Tennakoon. alongside another Finchley resident Mr Shaun Dias, was interviewed by Susannah Butter of the London Evening Standard. They were described as “Thatcher’s Children.”

The full interview can be read at this link.

An article by Lucy Fisher “Tories woo migrants with a multilingual battle bus” mentioned that this battle bus initiative known as “Conservative Connect” had been organised by a member of our Executive, Raza Anjum and Tian Yu Zhao, a British-Chinese entrepreneur. The full story which requires a Times electronic subscription to access is at this link. 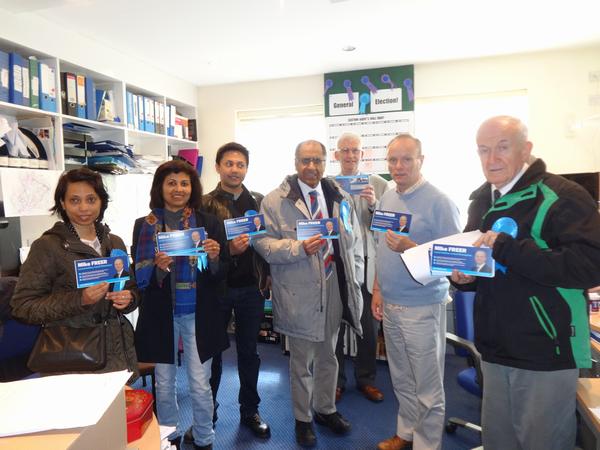 Mohammed Amin spent Sunday 3 May in Watford campaigning on behalf of Richard Harrington who has been outspoken on behalf of the right to practice kosher and halal slaughter. 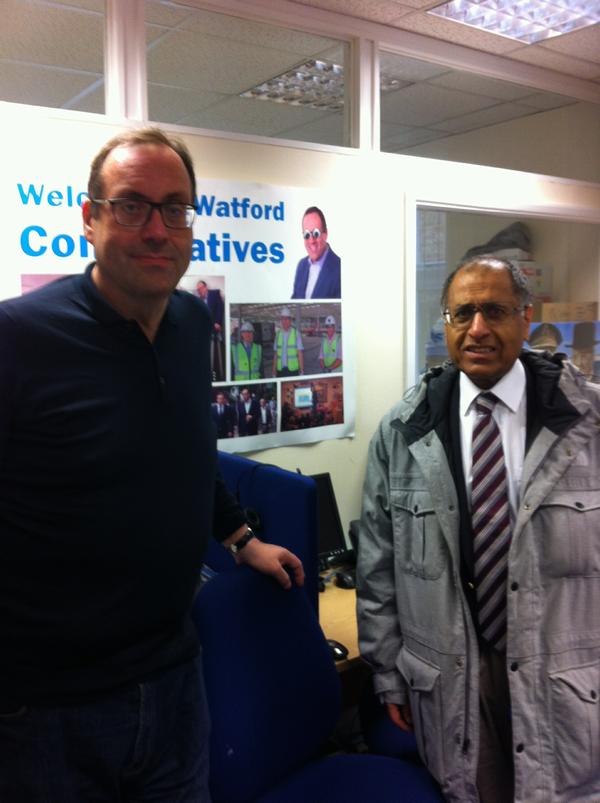 A central website was used to send activists where they were most needed on the eve of the poll. Accordingly Mohammed Amin joined Ajantha Tennakoon in Finchley for the evening of Wednesday 6 May. 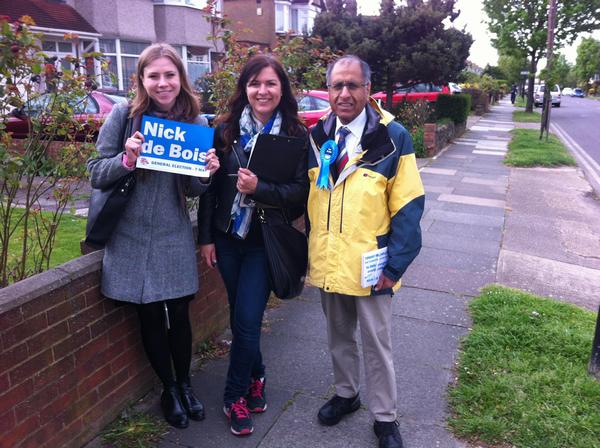