It is often said in politics that “Every vote matters.” That is always true, but even more so when you are defending a majority of only 106. That is the margin by which Dr Matthew Offord won Hendon for the Conservative Party in 2010.

Accordingly on Sunday 19 April a team of London based CMF Executive members went to Hendon. We were there to help deliver a letter to Conservative leaning voters and to canvass them.

The photo below was taken inside the Conservative Party offices. From left to right: 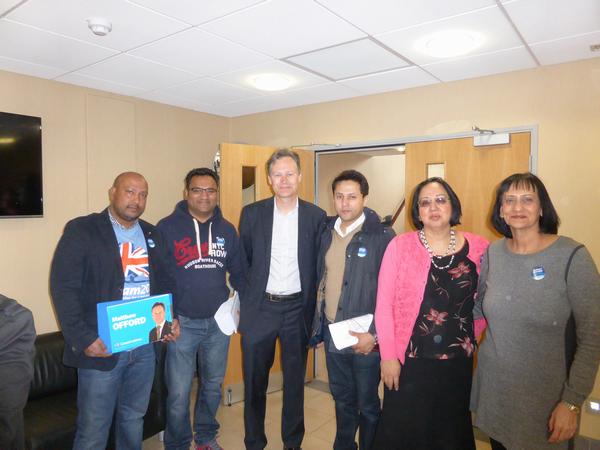 In the outdoors group photo below, they were joined by other volunteers, including:

CMF Chairman Mohammed Amin arrived late due to failing to check train times properly and missed the group photo! To make up for this, he stayed for extra canvassing time in the afternoon.