In the May 2015 general election, Conservative candidate Dan Watkins nearly took the seat from the sitting Labour MP the Rt Hon Sadiq Khan, who managed to hold on by only 2,842 votes. Dan fought the seat again in June 2016 in the by election after Sadiq Khan resigned the seat on becoming Mayor of London. Labour held on with an increased majority on a much reduced turnout.

CMF Chairman Mohammed Amin lives near Tooting and has known Dan for several years, so he went campainging for him in Tooting in the rain. Amin is impossible to miss below in his yellow rain protection, standing on Dan’s right. 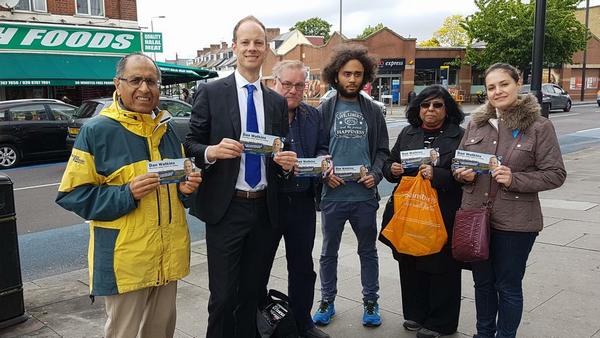