On 22 April 2013 Executive Member Faruk Miah MBE led a delegation of 22 CMF members and supporters, including Lady Sheikh, on a visit to the European Parliament.

The UK therefore has significant influence in the European Parliament but the work of our MEP’s is little understood and often under-estimated. With MEP’s election taking place in 2014 and David Cameron’s pledge for an In/Out Referendum scheduled for 2017, the CMF took the opportunity to meet with Syed Kamall MEP to better explore the UK’s role is in Europe. Syed Kamall has been an MEP since 2005 and continues his excellent work to ensure the UK continues to be a major voice in Europe, and is a member of the EU Parliament committee dealing with financial regulation. 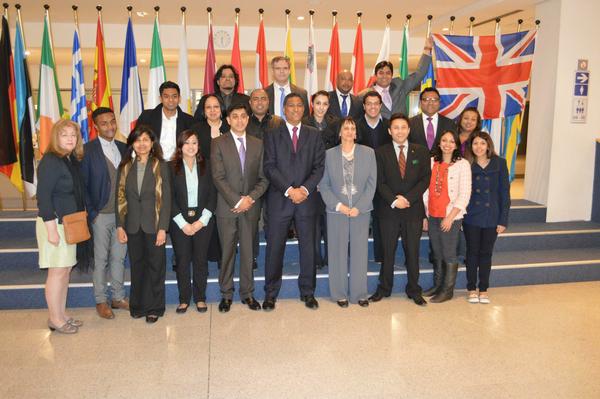 In the photograph above, from left to right: