The true spirit of London is shown by the way that Londoners come together after major tragedies.

Sadly this spirit was needed again after the terrible terrorist attack on Westminster Bridge outside Parliament on Wednesday 22 March 2017 which the CMF condemned in its statement on the same evening.

Early evening the following day, Londoners from all walks of life, and from all faiths and none, came together for a vigil in Trafalgar Square. Amongst them was CMF Deputy Chairman Ash Zaman.

The first picture below shows the variety of the crowd which was present. The second shows Ash on the far left of the picture next to a banner carrying a more authentic message of Islam than the hatred that clearly filled the attacker. 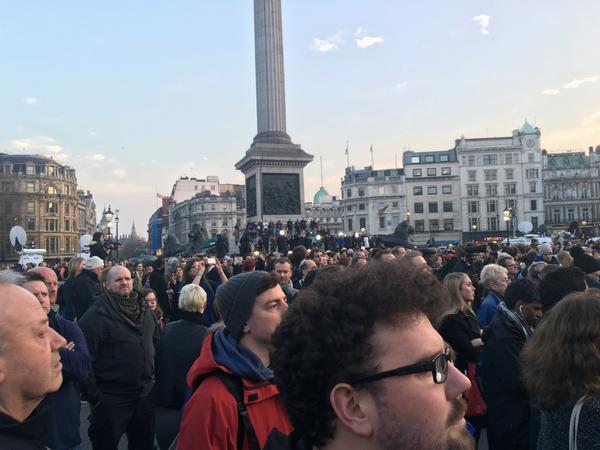 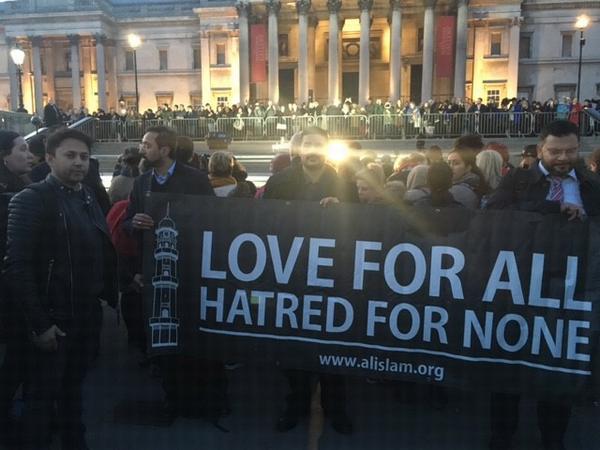