One important way of spreading the CMF’s message is for CMF members to attend events where other senior Muslims will be present.

On Thursday 23 March 2017, the Pakistan High Commission marked Pakistan Day with a flag hoisting ceremony, which was well attended by the community. CMF Treasurer Samir Thantrey was amongst them.

A one minute silence was observed to reflect on the victims of the previous day’s terrorist attack in London.

The High Commissioner paid tribute to Quaid-i-Azam Muhammad Ali Jinnah and the other founding fathers of Pakistan. He stated that, through their unwavering resolve and visionary leadership, they brought the Muslims of the sub-continent to one platform and created a separate homeland for them.

Below is a photograph of Samir (wearing a blue shirt) with the Deputy High Commissioner of Pakistan Dr Israr Hussain. 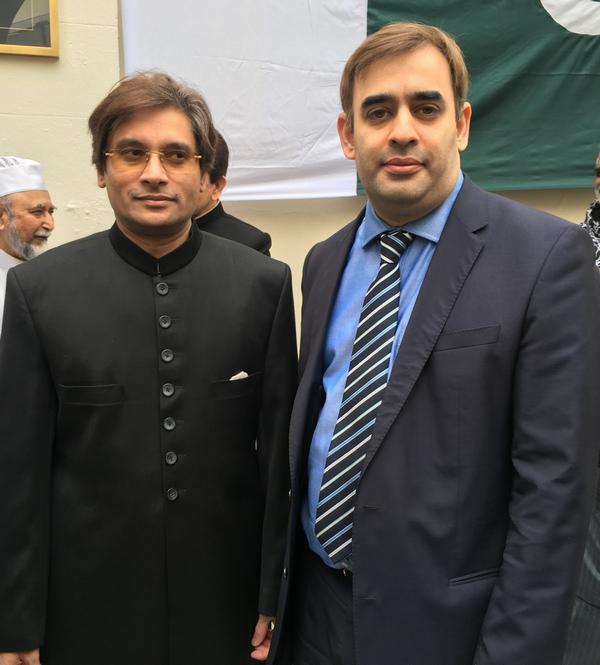