The CMF decided to organise such a trip for two reasons:

For practical reasons, the invitation to take part in the trip was limited to members of the CMF Executive, all of whom would bear their own costs.

Two other members of the Executive had booked and paid for their non-refundable flights and hotel rooms but were unable to travel. Doctor Anwara Ali had been selected as Conservative candidate for Mayor of Tower Hamlets and could not leave her campaign. Attic Rahman was also a Council candidate in Newham as well as having an urgent professional reason to remain in London.

Below are details of some of the group’s activities.

Vehicle tour of Belfast on 24 March

This tour went around some of the main tourist sites in Belfast. Particular emphasis was given to the dividing lines between the Nationalist and Unionist communities, and the many murals that can be found along the so-called “peace walls.”

Islamic Centre in Newtownards 1700 on 24 March

This is a relatively recently established mosque in Newtownards. We were received by about a dozen members of the mosque, both men and women, including several members of the executive committee led by the chairman. 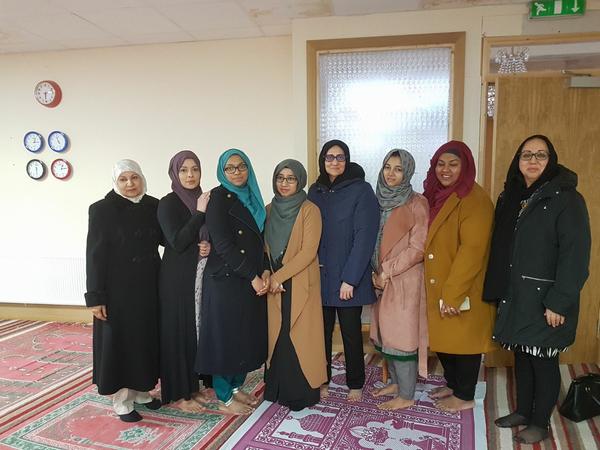 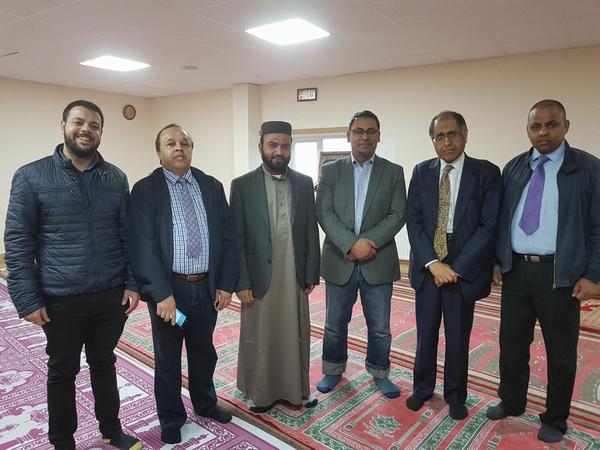 On the positive side, they informed us of the strong support that they have received from local governmental organisations and local religious groups. However, on the negative side they mentioned that they have suffered from many instances of low-level religious bigotry from local residents. The point was made that during “the troubles”, Protestants and Catholics concentrated on hating each other. Sadly, as that hatred had subsided after the Good Friday Agreement, some members of both Christian communities had transferred their inherent animosity towards Muslims.

Once the Newtownards Muslims had explained their situation in detail, Mohammed Amin addressed the group and took questions. His key message was to emphasise the need for the mosque to build alliances with all local government officials and elected representatives (especially since a mosque must be politically neutral) and with religious leaders from all local faith communities. This should be done even when there was no crisis, so that reserves of collective religious cohesion existed to be drawn upon when problems arose.

Amin also recommended an active programme of outreach to the local community, not with a view to proselytization but to break down the “fear factor” that exists when people have negligible knowledge of Islam and Muslims. In that regard, the mosque is considering taking part in next year’s “Visit My Mosque Day” and Amin strongly encouraged this.

Dinner at Bangla Bangor Restaurant in Bangor, evening of 24 March

After the formal encounter at the mosque, the CMF delegation was hosted for dinner in a Bangladeshi restaurant by some of the Newtownards Muslims. This enabled a continuation of the discussions in a more informal environment.

On Sunday 25 March, the delegation engaged in some sightseeing along the northern coastal route including the Giants Causeway.

They then had a guided tour of Londonderry, which concentrated on pointing out some of the major landmarks from the Troubles. These were sites which the delegates had heard about so many times in the past, including the site of the Bloody Sunday killings, that which acquired a new vividness by being seen in person. It was a salutary reminder of how discrimination and divisions can tear apart communities.

The group received a guided tour of the Northern Ireland Parliament building and an account of its history, as well as a summary of the current political deadlock.

Before their next formal engagement, the group also visited Belfast City Hall for a guided tour, again gaining a better understanding of the history of Northern Ireland.

This meeting took place in the Crowne Plaza Hotel Belfast. It is an illustration of the economic progress of the immigrant community that this hotel is owned by Baron Rana MBE of Malone in the County of Antrim, and we were hosted as his guests. 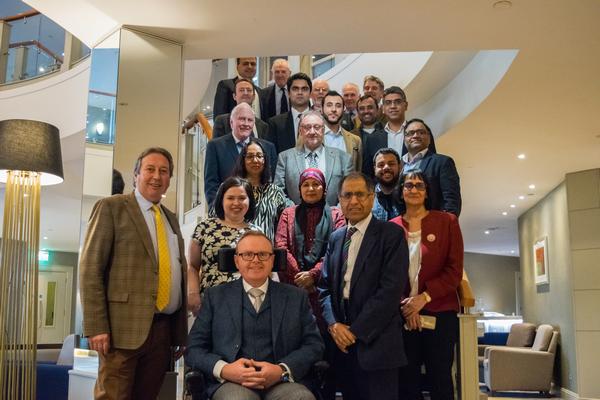 During the speeches, Mohammed Amin shared his views on why the Conservative Party is the natural home for British Muslims, and some of his thoughts on how Conservatives can more effectively campaign for votes from Muslim Britons. 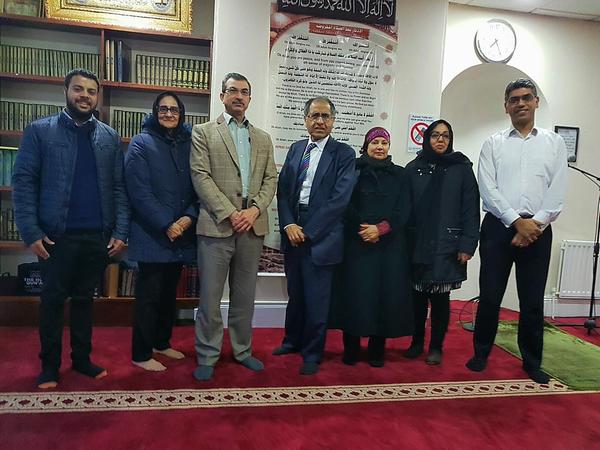 Accordingly, they have relatively good connections with many parts of the leadership of the City of Belfast, including many religious groups and political groups. At the same time, there are parts of the religious spectrum and political spectrum which have yet to prove welcoming, but the Belfast Islamic Centre is continuing to emphasise its outreach work.

The Centre is currently fundraising for the construction of a larger mosque and the CMF will see what it can do to assist them.

The final day of the visit was left as free time. Everybody on the delegation visited the Titanic Exhibition. Quite apart from the information provided regarding the construction of the ship itself, the Exhibition contains a wealth of information regarding the entrepreneurial history of Belfast and its thriving economy in the late nineteenth century. This contrasts very strongly with the Belfast economy today which is heavily dependent upon government expenditure. The clear lesson was the economic damage that follows when there is deep division in the community which in turn leads to economically damaging job discrimination and even more damaging political violence in the case of the history of Northern Ireland.

The delegation was left in no doubt regarding the importance of further political progress within Northern Ireland and the need to move away from sectarian politics. In that regard, it is essential for non-sectarian political parties such as the Conservative Party (and indeed also the Labour Party) to establish a stronger position in Northern Ireland. The CMF will do what it can to support that.