The lifeblood of politics is campaigning on the ground.

On Saturday 17 February, the Conservative Muslim Forum joined activists from all over London on a very well attended London East Area Action day which took place in Newham. At one stage 46 people were counted campaigning.

Executive Member Attic Rahman who is also Chairman of the East Ham Conservative Association led a team of dedicated activists and supporters, with his East Ham team canvassing in the Royal Docks where Attic is standing as a Council Candidate in the 2018 borough elections which take place on 3 May 2018. Newham is one of the most ethnically diverse of London boroughs and we are seeing a lot of support for the Conservative Muslim Forum’s work.

Newham is a Labour monopoly borough. However, local Conservatives have built a strong team of dedicated activists who have been campaigning every weekend for the last 18 months.

CMF Deputy Chairman Ash Zaman, met with many activists about the work of the CMF and how we are working with the London Conservatives team, helping Conservative candidates in the borough elections.

In the picture below, from left to right: 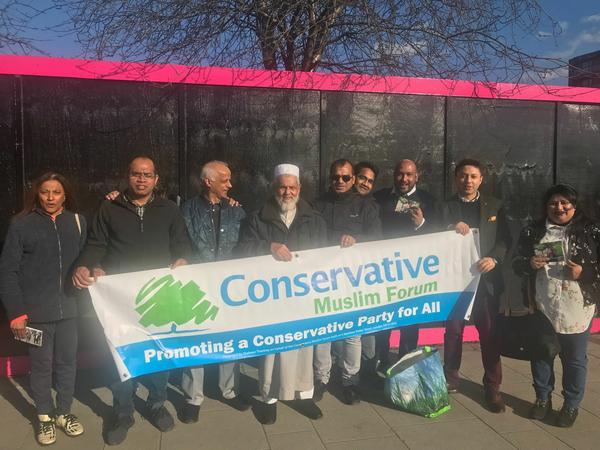