The week beginning 10 March 2013 marked the 20th annual Islam Awareness Week, an initiative started by the Islamic Society of Britain in 1993. On Wednesday 13 March, the Conservative Muslim Forum hosted the Islamic Society of Britain at the House of Lords. The audience drawn from many listened to Christian and Muslim speakers explaining the importance of mutual understanding.

The Master of Ceremonies was Cllr Asif Ayub, Branch Chairman of Ashford East, Ashford Common and Sunbury Common Branch of the Conservative Party.

Lord Sheikh said “It is important to maintain a dialogue between various racial and religious groups and dispel misunderstandings. I also believe that a lack of understanding leads to suspicions and divisions between people. It is vital that we not only accept but respect the beliefs of all communities. I feel that there are more similarities than differences between people and we should highlight the similarities in order to establish closer links between communities”

Mohammed Amin said “British Muslims need to learn about the beliefs of the 95% of Britons who are not Muslims, just as the non-Muslim 95% need to learn about Islam. You do not weaken your own faith by learning and understanding what your fellow citizens believe.”

Cllr Asif Ayub said “The high quality of the audience evidences the desire of senior members of society to come together to promote interfaith harmony. The speakers demonstrated their passion for uniting people across religious divides. They also emphasised the need for intra faith dialogue since some of the worst conflicts today are between people who follow the same religion.” 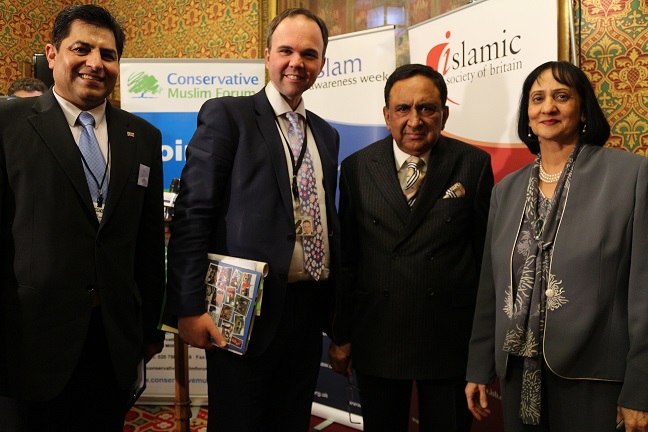