On Saturday 1 July 2017, over 20 people from the CMF were privileged to visit Amaravati Buddhist Monastery near Hemel Hempstead as guest of the head of the monastery, the Venerable Ajahn Amaro.

As stated in our constitution, membership of the CMF is open to all, irrespective of religious belief. Indeed, two of the members of the CMF’s Executive are non-Muslim. One of them, Ajantha Tennakoon organises an interfaith event each year, and the 2017 event was hosted at the House of Lords by Lord Sheikh, on 1 February 2017. The Venerable Ajahn Amaro spoke at the event, and invited us to visit his monastery.

Once the visitors had travelled independently to the monastery, the visit began with an informative talk about Buddhism from Ajahn Amaro. 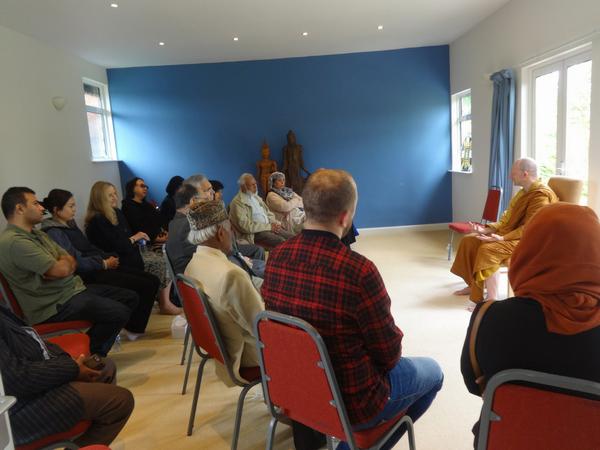 The CMF visitors, along with other public visitors to the monastery then took part in the monastery’s regular morning Buddhist service. 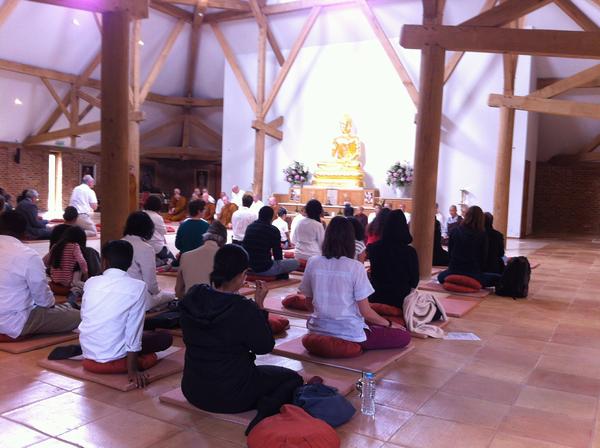 The picture below shows the party visiting that part of the temple afterwards during the guided tour we were given. 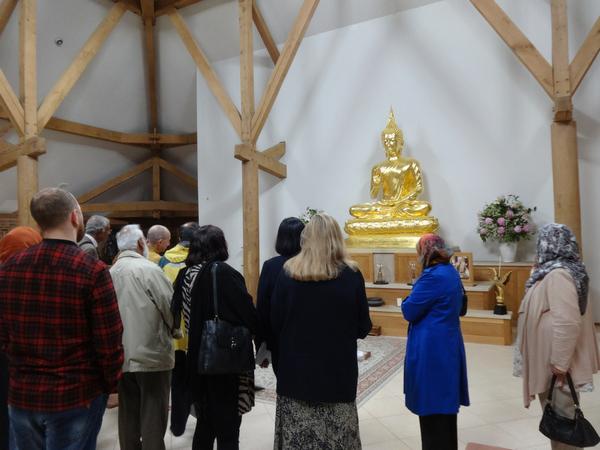 The monastery feeds all its visitors in the morning, relying on food which has been donated to it. 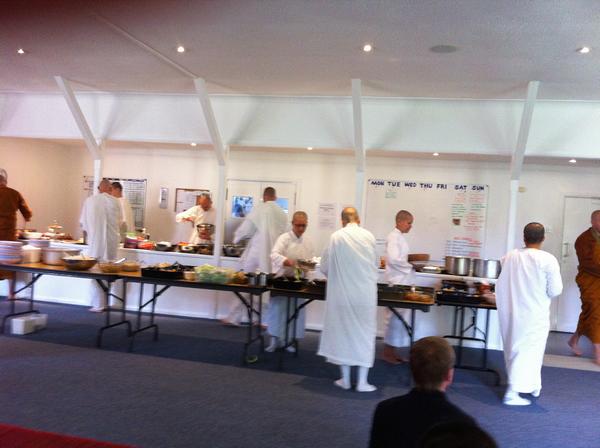 More details on visiting the monastery are on its website at this link.

The group photo below shows some of our party. The Venerable Ajahn Amaro is in the front row, with Ajantha Tennakoon wearing white on his left. 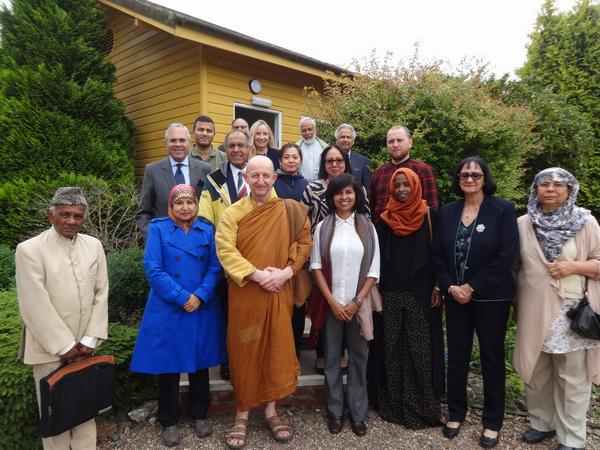 The monastery is set in very spacious grounds, as indicated by the photographs below. 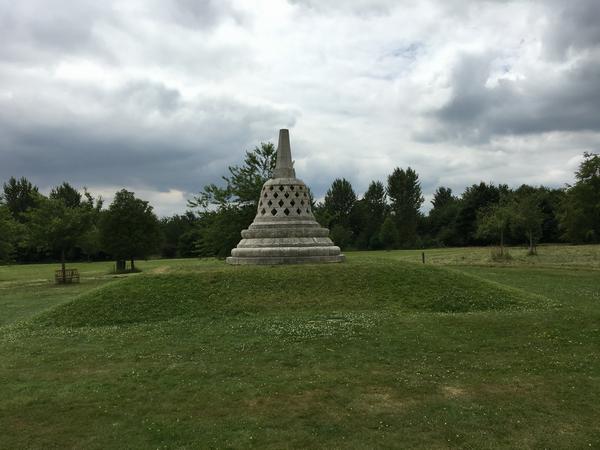 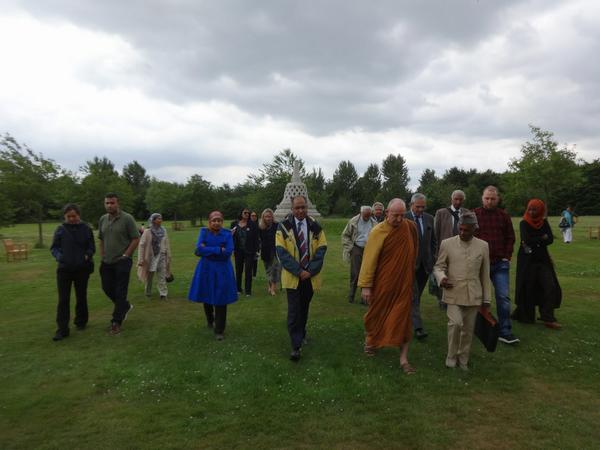 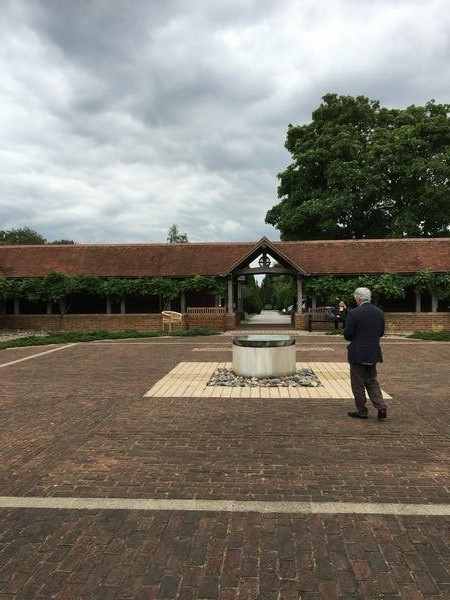 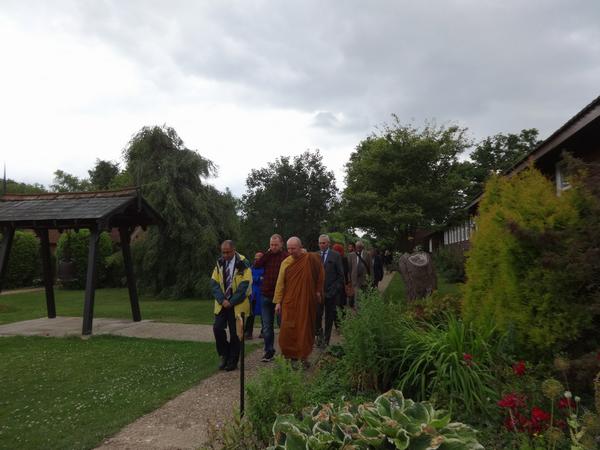