On Tuesday and Wednesday 10 and 11 October, the CMF organised its third delegation to the European Parliament. Our host was Syed Kamall, Conservative MEP for London and Co-Chair, European Conservatives and Reformists Group.

This was the largest delegation the CMF has taken to Brussels, consisting of 49 people. Accordingly it could be considered an achievement that all 49 delegates reached Brussels, and all 49 returned on the scheduled train! The trip was ably organised by CMF Secretary Hashim Bhatti.

After arriving in Brussels, (in the middle of a Metro strike!) the delegation checked into its hotel, had lunch in small groups, and then visited the Parliamentarium which is the European Parliament’s visitors centre. After that, they went to the main Parliament building for a welcome by Syed Kamall MEP including an informative question and answer session. The delegation were also able to visit the Hemicycle, the semi-circular chamber for the world’s largest transnational parliament. The evening closed with a group dinner in El Turco Turkish Restaurant.

Below is the delegation at London’s St Pancras International Station before departure. 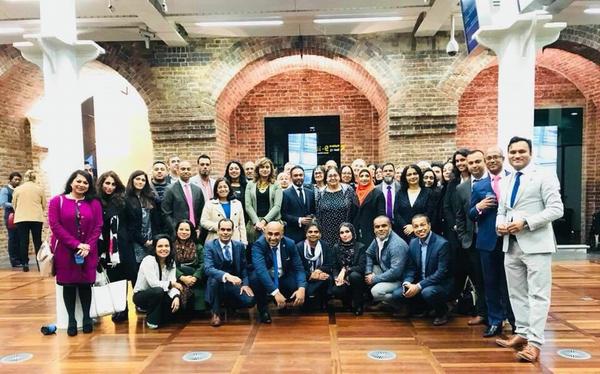 Below is the delegation in Brussels before a mural of the Hemicycle. 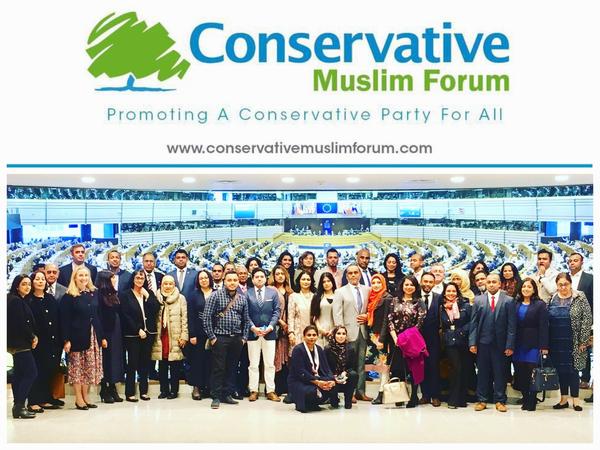 Below are the members of the CMF Executive who went on the trip. From left to right: 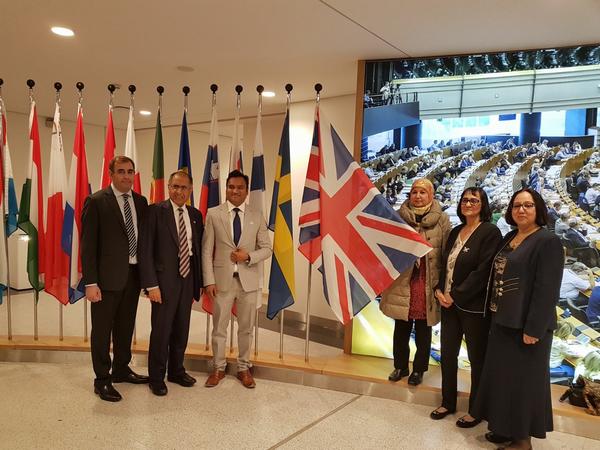