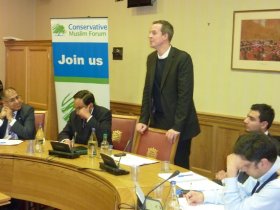 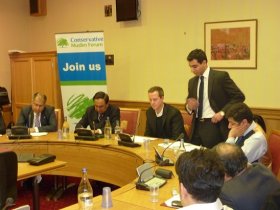 The Conservative Muslim Forum Youth Wing, chaired by Cllr Raza Anjum, invited Nick Boles MP to come and speak to members of the CMF on the subject of “what the coalition is doing to build one nation”, and the event was well attended.

Raza Anjum initially welcomed everyone and said a few words. He was followed by Lord Sheikh who spoke briefly before handing over to Nick Boles MP who spoke and then held a question & answer session following his talk.