One of the key divides in politics is the relative emphasis that people put on the role of the state and the role of the non-state actors, comprising individuals, families, profit seeking companies, and non-profit organisations.

The  European Conservatives and Reformists Group is the grouping within the European Parliament to which our Conservative Party belongs, and it is chaired by London MEP Syed Kamall. He is a great friend of the Conservative Muslim Forum so many of us attended the ECR Global Poverty Summit in Central Hall Westminster on 26 January 2018, which he organised and chaired.

The conference website sets out the theme of the conference, as well as giving details of the glittering array of speakers.

“The ECR Global Poverty Summit, taking place in London on 26th January, is the definitive forum for local non-state organisations challenging the notion that only top-down state solutions can alleviate global poverty.

The ECR Global Poverty Summit, chaired by ECR Group co-Chairman Syed Kamall MEP, will bring together some of the world’s most prominent figures in this area, with the sole aim of generating a report comprising action steps community organisations, philanthropists and others can use to tackle poverty today in Europe and globally.

The European Union, as well as governments around the world, have poured billions of dollars into foreign aid, and yet we still face a serious problem. In 2015, it was estimated that 17.3% of the EU population were at risk of poverty (source: European Parliament) and in the UK 7.3% of the population are classified as experiencing persistent poverty (source: ONS).

Among the agenda items:

An event like this is a great opportunity learn things, to listen to inspiring speakers and interact with them, and also to network with the other conference participants.

We congratulate to Syed Kamall and his colleagues for organising it.

Our chairman Mohammed Amin was particularly struck by two of the speakers.

During his panel session prepared remarks, Mr Woodson made the points below which are copied from his paper “Lessons from the Least of These” which he gave to Mohammed Amin when they spoke briefly after the presentation.

“We cannot generalize about poor people. I have identified four categories of poor people.

Category Four concerns most of us. Those are the people that, given money and services, are injured by a helping hand.

When we generalize about the poor, we have problems finding solutions for poverty.

Therefore, we miss each other when considering remedies. The people in Categories One and Two use the system in the way it was intended, as an ambulance service, not a transportation system. They receive help, but then they move off. Applying the same remedies to Category Four, however, is disabling to those people.”

Mohammed Amin has since subscribed to Mr Tanner’s blog Tanner on Policy. 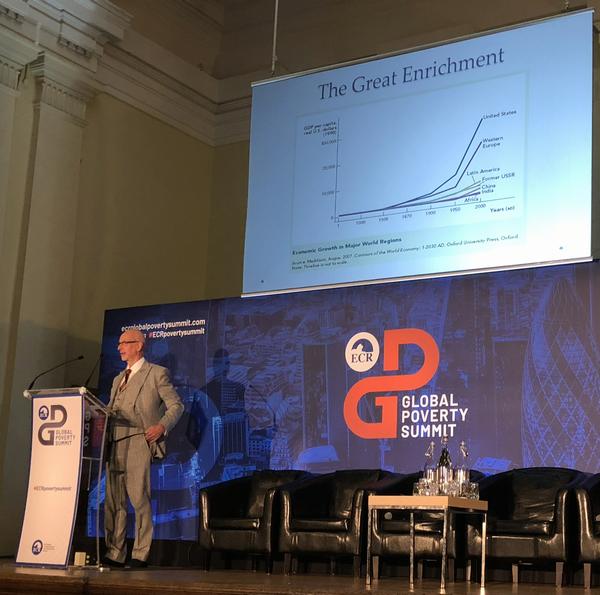 On his website, Syed Kamall MEP published a video of the event. A copy is embedded below.