On Tuesday 6 February 2018, the charity Women’s Aid held a gala dinner at the Institute of Directors, Pall Mall, London, to commemorate the 100’th anniversary of the Representation of the People Act 2018 when some women in the UK were first given the right to vote.

Three ladies from the leadership of the CMF Executive attended. The photo below shows them with a banner honouring Princess Sophia Duleep Singh. She was a promient suffragette, reminding us that women from many different backgrounds and religions fought together for the right to vote. 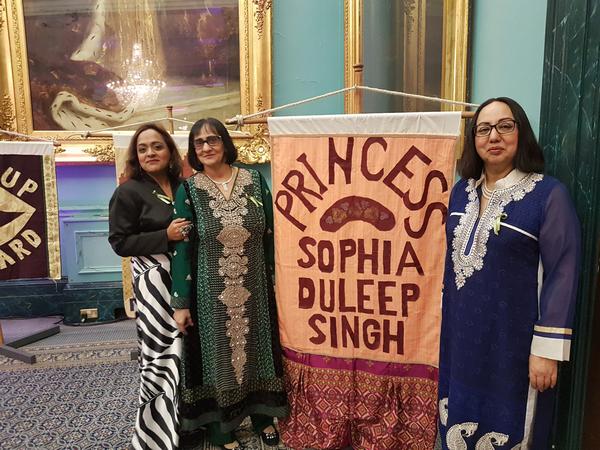 From left to right:

Below is a picture of the trio with Women’s Aid Patron Dame Julie Walters CBE, who was the guest of honour at the event. 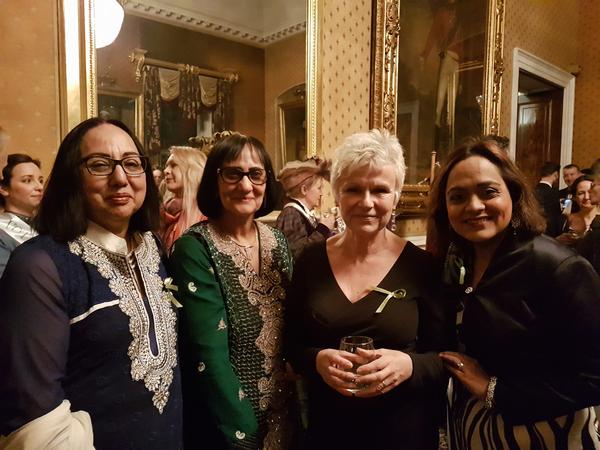 The photo below shows the glittering dinner panoramically. 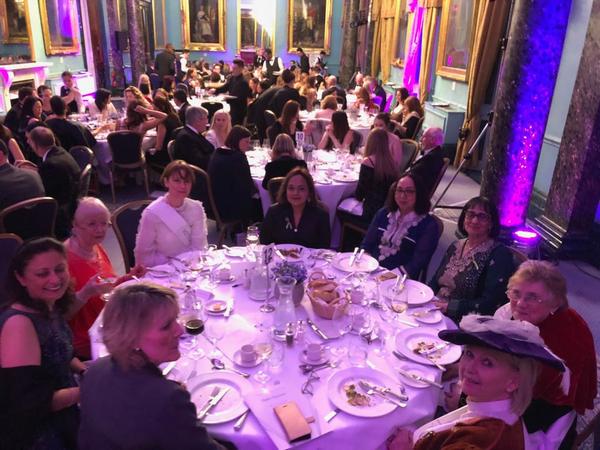