On Tuesday 20th October 2015, we hosted an Eid Ul Adha reception in 7 Millbank which is part of the Parliamentary Estate. The lead organiser was CMF Executive Member, Councillor Hashim Bhatti who was also the Master of Ceremonies for the evening.

The evening was well attended, with over 120 participants from Britain’s diverse communities. The we reflected this diversity by having speakers from a number of religions.

As with all CMF events, it began with a Quran recital which was given by Imam Ali Omar from the Ministry of Defence. The passage recited was from Surah Maryam, and told of the virgin birth of Jesus, a story which is shared by Islam and Christianity.

Speeches were given by:

CMF Chairman Mohammed Amin concluded the formal proceeding by giving the vote of thanks.

This was followed by a buffet dinner which was catered by Pride of Asia whose owner Mr Shelim has supported the CMF’s events for several years.

Media coverage of the evening was provided by British Muslim TV.

One simple sign of how much people enjoyed the event is that many of them were reluctant to leave as they were so engrossed in conversation and networking. The group photo below was taken after most had left! 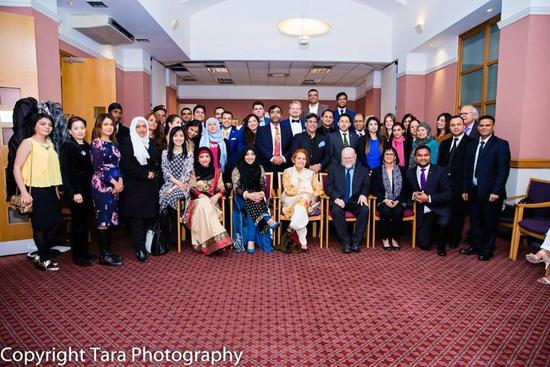