On 29 February 2016, the Conservative Muslim Forum for the first time held an event jointly with Conservative Friends of Israel. The purpose was to showcase the work of an Israeli NGO, Merchavim, and the Parliamentary host and event chairman was Bob Blackman, MP for Harrow East.

Merchavim is an organisation that works to build shared citizenship in Israel. We co-organised this event to enable MPs and other citizens to learn more about the complexities of Israeli society. As Merchavim themselves say:

Many people forget that about 20% of Israel’s citizens are Muslims whose full integration into Israeli society is important both for their own well-being and for Israel as a whole.

There were three speakers from Merchavim, introduced by British Friends of Merchavim Chair Errol Rudnick:

After the speakers had presented the work that Merchavim is doing, there was an extended question and answer session, chaired by Bob Blackman MP.

Pictured below, from the left, are Abeer Halabi, Roi Maor, Ruth Madar and Bob Blackman MP. 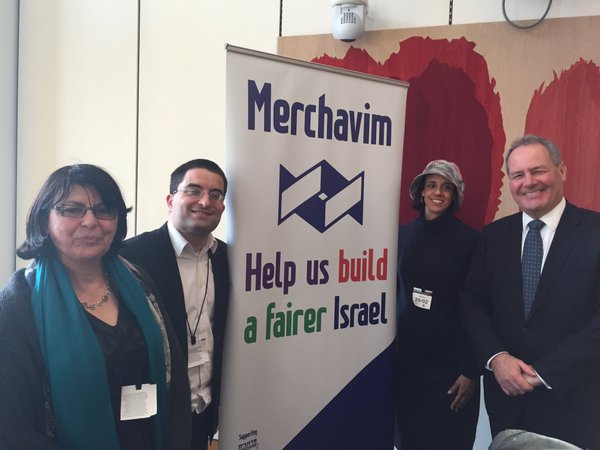