On 22 February Conservative Party Chairman Lord Feldman of Elstree and CCHQ Director of Outreach Colin Bloom hosted a reception for the Party’s affiliated groups, colloquially referred to as “Friends of” groups from many of them having names such as “Conservative Friends of [country name]”. The category also includes such groups as the Conservative Christian Fellowship and the Conservative Muslim Forum.

They were emphatic about recognising the tremendous value which the affiliated groups bring to the Conservative Party.

It was also an opportunity to remind everyone about how they can support Zac Goldsmith’s campaign for election as Mayor of London. The easiest way to get involved is to register with https://backzac2016.com/

The CMF was represented by its Executive Secretary Shaheen Thantrey, photographed below with Zac Goldsmith. 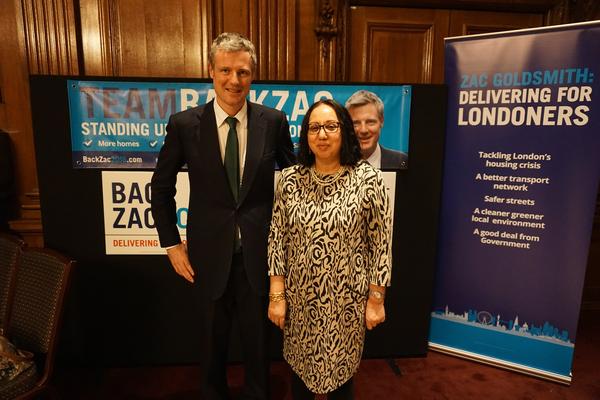