Harrow West is a constituency presently held by Labour MP Gareth Thomas. Conservative candidate Hannah David aims to change that in the 2015 General Election, and the Conservative Muslim Forum is doing its bit to help her.

On Friday 12 July 2013, Harrow West Conservative Association held a black tie dinner which was honoured by the presence of the Rt. Hon. Dominic Grieve QC MP, Attorney General, with Lord Sheikh leading the attendance from the Conservative Muslim Forum. The prestigious venue for the dinner was Harrow School, whose most famous old boy is Britain’s wartime Prime Minister Sir Winston Churchill.

The picture below includes, from left to right: 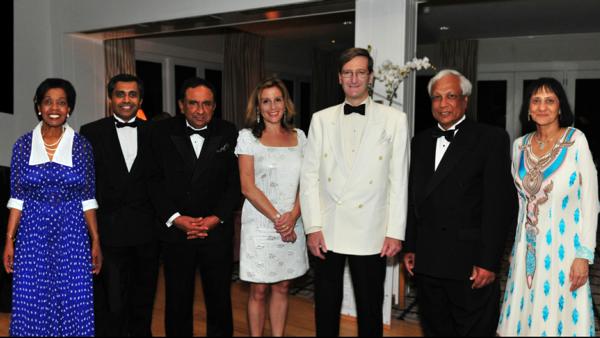