How can we combat hatred against people of other faiths or ethnic groups?

How can we combat hatred against people of other faiths or ethnic groups?

On Saturday 2 April 2016 Mrs Falak Ahmed of the Conservative Women’s Forum organised an event aimed at promoting community cohesion. It was held at the Royal Taj Restaurant & Banqueting Hall, 38 Manningham Lane, Bradford, and speakers were asked to address the question “How can we combat hatred against people of other faiths or ethnic groups?”

The Master of Ceremonies for the event was Mrs Itrat Ali, Chair of CMF Yorkshire & Humber, who was the Conservative Party’s candidate in Huddersfield in the 2015 general election. The speakers were:

Mrs Falak Ahmad gave the vote of thanks.

Mohammed Amin did not speak from a fully written text, but had prepared an outline that is sufficiently detailed that any reader will understand what he said during the talk. Accordingly it is reproduced below the photograph.

In the group photo below from left to right are: 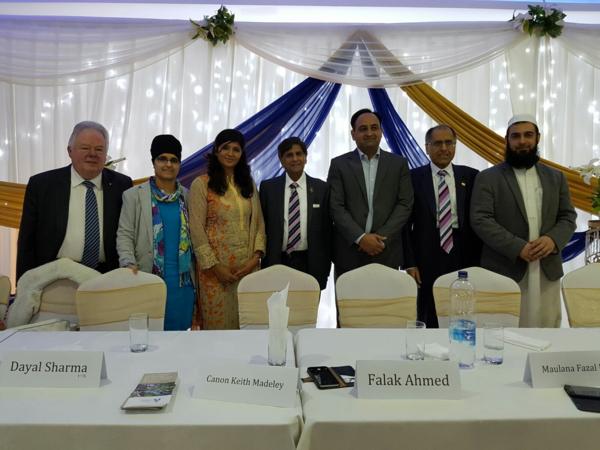