The evening opened with a Quran recitation in Arabic with English translation given by Imam Ali Omar, Muslim Chaplain to the Armed Forces. CMF Chairman Mohammed Amin had selected Quran 42:36-38 because the consultation practiced by the Muslims of that time can be seen as a form of democracy for that period.

The English translation below is from Muhammad Asad’s “The Message of the Quran”:

AND [remember that] whatever you are given [now] is but for the [passing] enjoyment of life in this world – whereas that which is with God is far better and more enduring.

[It shall be given] to all who attain to faith and in their Sustainer place their trust; and who shun the more heinous sins and abominations; and who, whenever they are moved to anger, readily forgive; and who respond to [the call of] their Sustainer and are constant in prayer; and whose rule [in all matters of common concern] is consultation among themselves; and who spend on others out of what We provide for them as sustenance;

The CMF’s triennial elections for the Executive were held at this meeting.

The following were returned unopposed:

All of the other positions were contested, and secret ballots were held with Imam Ali Omar and Mr Wafik Moustafa invigilating.

Samir Thantrey was elected as Treasurer. Nine people were elected as Members of the Executive Committee.

The full new Executive is shown below, apart from Executive Committee member Dr Alam Ara Khan who was overseas.

From left to right: 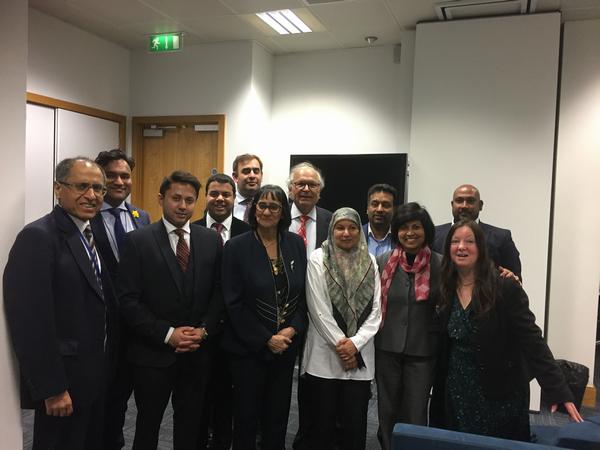