CMF at the British Kebab Awards

CMF at the British Kebab Awards

While there is still more to do, Britain can be proud of having managed the integration of racial and religious minorities far better than most other countries in Western Europe.

A simple illustration is given by the British Kebab Awards 2017. As well as showcasing the culinary contribution of the Turkish and other Eastern Mediterranean communities in the UK, the attendance showed the integration of immigrants into life in Britain.

The picture below shows from right to left:

The event was also attended by CMF Secretary Faruk Miah MBE who is not in the picture below. 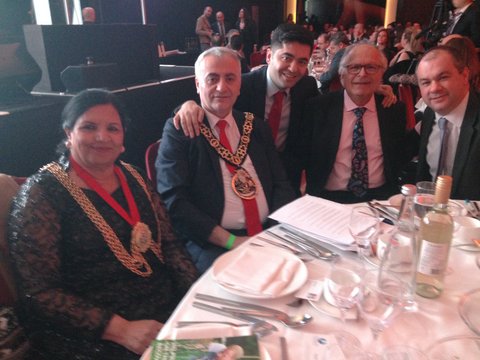