Until the dissolution of Parliament on 30 March 2015, Nick de Bois was the MP for Enfield North and we strongly want to see him re-elected. While much of the campaign consists of the “Air war” fought through the media, the “Ground war” of leafletting and canvassing often makes the difference between winning and losing.

Accordingly on Friday 10 April a group of people including the Rt Hon Theresa Villiers (until disssolution the MP for Chipping Barnet and still Secretary of State for Northern Ireland) and our Executive Secretary Shaheen Mahmood were out canvassing for Nick de Bois.

In the picture below, Shaheen is the second person from the left of the picture, followed by Nick de Bois and Theresa Villiers who are both standing in front. 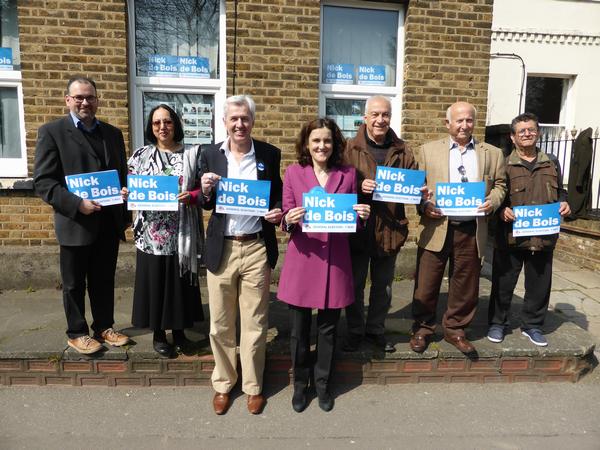