Probably the single most important part of winning elections is to get people who already support you to turn out and vote. Accordingly, telephone canvassing to identify such people, and to persuade them to vote, is vital. CCHQ has a continous canvassing operation going, which of course is ramped up during important periods such as the recent by-elections in Stoke and Copeland.

Members of the Conservative Muslim Forum do their bit whenever they can, and sometimes get pictures for the scrapbook. On Tuesday 21 February CMF Executive member Ajantha Tennakoon (behind Boris Johnson’s left shoulder)  and CMF Executive Secretary Shaheen Thantrey found themselves canvassing in CCHQ with the Foreign Secretary. 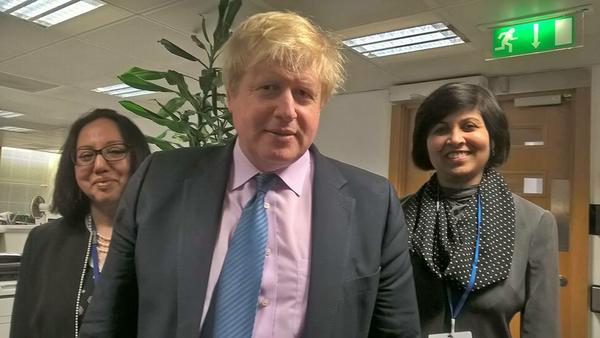