n 29 October 2013 the Secretary of State for Health, the Rt Hon Jeremy Hunt MP addressed a meeting of the Conservative Muslim Forum and took questions.

The CMF has many members who either work in the medical professions or take a strong interest in health issues and has an active Health Group. We had invited the Secretary of State to give us his vision of the NHS against the backdrop of the latest re-organisation, with particular reference to free access to health care at the point of delivery, staff to work ratio and the availability of funds at the frontline of patient care.

Despite his heavy schedule of work, the Health Secretary was able to to find time to give us a broad outline of the innovations in health care management introduced by the Coalition Government. His talk was followed by several written questions from the audience which he responded to. Some 15% of members present were able to ask a question.

The audience were keen and motivated and as can be seen from the audience picture the event was oversubscribed. It was reassuring that not only the Health Secretary but also the members of the Forum were well versed in the issues; their keen knowledge of the recent organisation was remarkable.

Had it been possible to have a greater span of time many more of the audience would have had liked to continue the dialogue.

The organisation of the evening was as usual expertly managed by our Administrator Mrs Shaheen Mahmood.

Mr Hunt speaking, with Shaheen Mahmood in front of the window watching him. 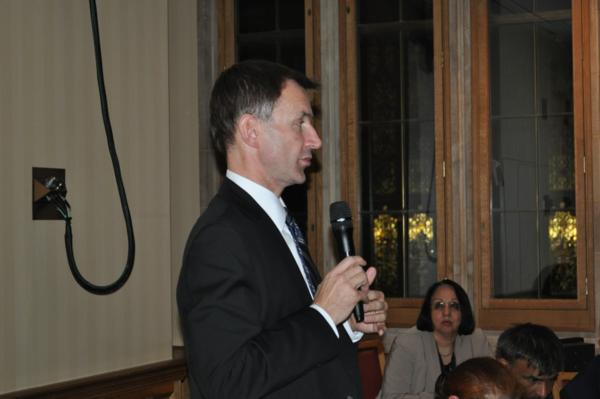 A view of the packed audience. 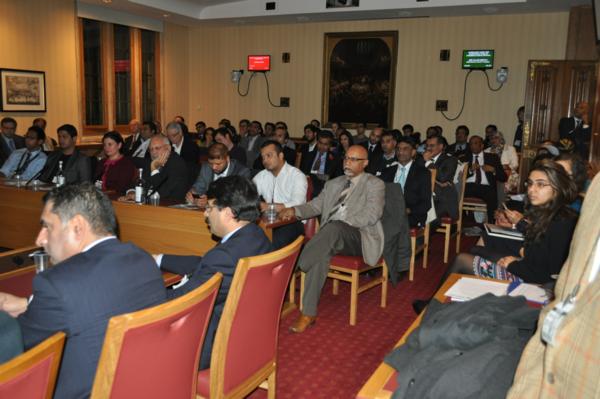