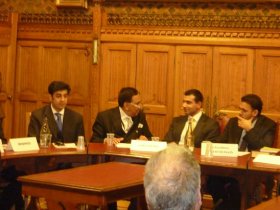 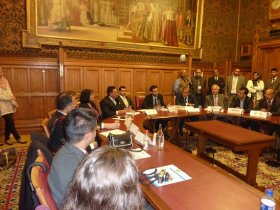 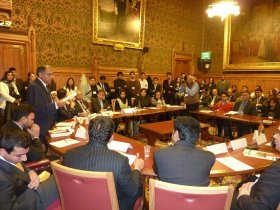 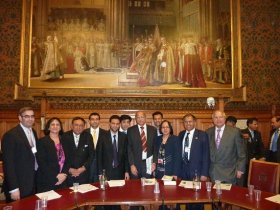 The Conservative Muslim Forum Youth Wing organised a meeting in the House of Lords where the main speaker was Rashad Hussain. Rashad Hussain is the US Special Envoy to the Organisation of Islamic Cooperation. Rashad is a practising Muslim and he talked about the United States’ policies towards the Muslim world. He started with President Obama’s speech in Cairo and America’s attitude and involvement in Afghanistan, Iraq and Pakistan.

The meeting was very well attended and a number of questions were asked by members of the audience and Rashad Hussain answered them honestly and adequately.

The opening remarks were made by Raza Anjum, Chair of CMF Youth Wing and the MC for the event was Mohammed Amin, Vice Chairman of CMF. Lord Sheikh also spoke initially and referred to the present situation in the Muslim world.