On Thursday 10 October 2013 Lord Sheikh hosted a delegation from the Yorkshire Sikh Forum for tea at the House of Lords. He was supported from the Conservative Muslim Forum by Lady Sheikh, Deputy Chairman Mohammed Amin and Executive Member Fuad Hamzeh. The guest of honour was the Rt Hon Eric Pickles, MP for Brentwood and Ongar and Secretary of State for Communities and Local Government. During the tea Mr Pickles, who was born in Keighley and was previously leader of the council in Braford reminisced about his fondness for Yorkshire.

Lord Singh also attended. The guests from the Yorkshire Sikh Forum were:

The picture below shows the splendid House of Lords tea service. Eric Pickles is seated with Lord Singh on his right and Lord Sheikh his left. On Lord Sheikh’s left is Mr Nirmal Singh Sekhon MBE, the Chairman of the Yorkshire Sikh Forum. 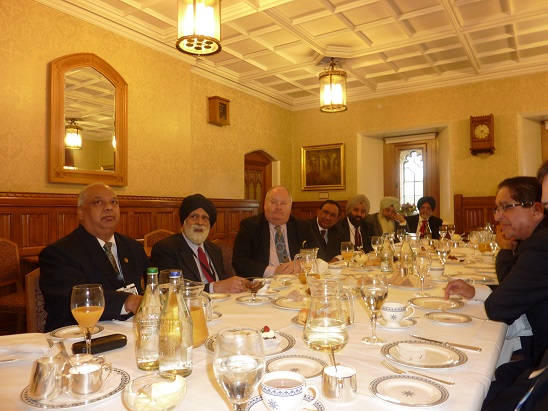 At the event PC, Purnima Raval bound a “Rakhi” on Lord Sheikh’s right wrist and has adopted him as a brother.

Lord Sheikh believes in building and maintaining harmony and friendship between the various racial and religious groups. The significance of a rakhi is explained on the BBC Religions website. 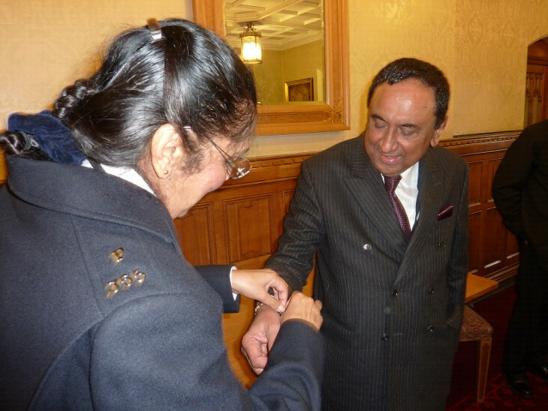 Below is a group photo of the delegation with the CMF hosts. 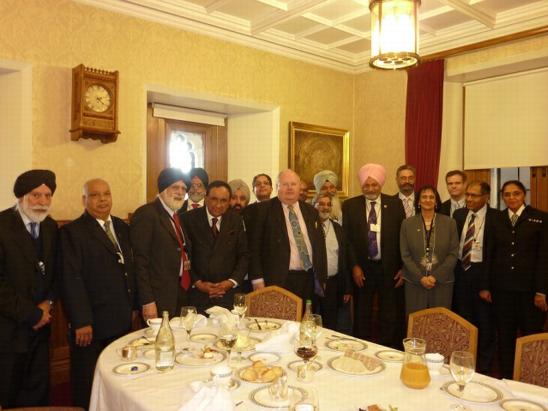